Lori Loughlin And Husband Ask Judge To Reduce Their Bail 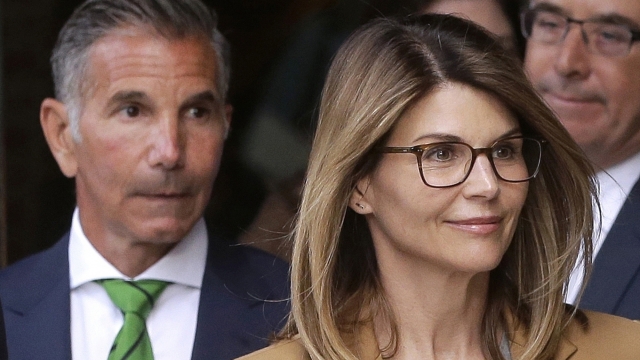 The couple has admitted to paying $500,000 to get their daughters into the University of Southern California.

Actress Lori Loughlin and her husband, Mossimo Giannulli, have asked that their bail be reduced from $1 million to $100,000.

The couple have admitted to paying $500,000 to get their daughters into the University of Southern California as fake crew recruits. They pleaded guilty in May after maintaining their innocence for over a year. They are scheduled to be sentenced in August.

Their attorneys told a judge Monday that they won't flee ahead of sentencing.

On Tuesday, another California couple admitted to paying $250,000 to fraudulently get their daughter accepted at USC. Todd and Diane Blake from Ross, California, appeared in court via video conference. As part of their plea deal, Diane Blake agreed to serve six weeks in prison, and Todd Blake agreed to serve four months. They are scheduled to be sentenced in November.

Several other parents facing charges in the admissions scandal will stand trial in October.

Additional reporting by Alanna Durkin Richer from the Associated Press.