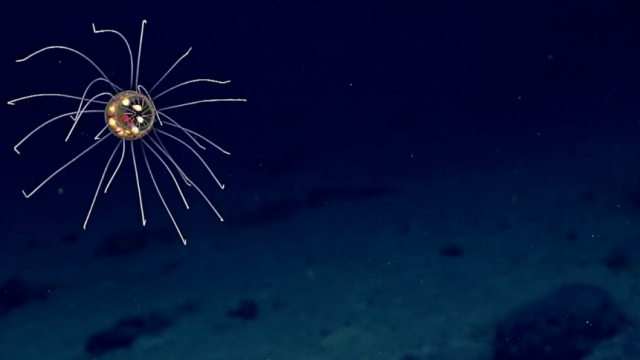 The jellyfish is just one of the interesting creatures scientists have spotted in the deep ocean waters.

The team of scientists from the National Oceanic and Atmospheric Administration and other partners were exploring the depths of the Marianas Trench when they captured this video.

The 69-day expedition, from late April to early July, is gathering new information about the deepest parts of the ocean.

The single deepest spot of the Marianas Trench, the Challenger Deep, is more than 10,900 meters deep, which is actually deeper than the rover's camera is able to go.

The researchers on the boat and on land still have weeks of exploration to go, and the science-inclined can tune in to their live stream to witness their finds along with them.