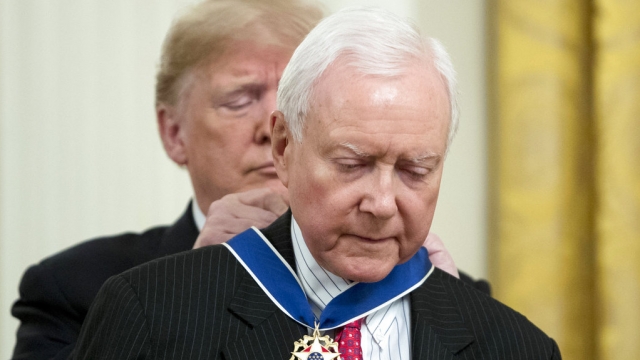 Orrin G. Hatch, who became the longest-serving Republican senator in history as he represented Utah for more than four decades, died Saturday at age 88.

His death was announced in a statement from his foundation, which did not specify a cause. He launched the Hatch Foundation as he retired in 2019 and was replaced by Mitt Romney.

A conservative on most economic and social issues, he nonetheless teamed with Democrats several times during his long career on issues ranging from stem cell research to rights for people with disabilities to expanding children's health insurance. He also formed friendships across the aisle, particularly with the late Sen. Edward M. Kennedy.

Toward the end of his career, he also helped pass a federal tax overhaul and pushed for President Donald Trump to downsize two national monuments in Utah as he called for a return to an era of political civility. He became an ally of Trump.

He was also noted for his side career as a singer and recording artist of music with themes of his religious faith, The Church of Jesus Christ of Latter-day Saints.

He is survived by his wife, Elaine, and their six children.