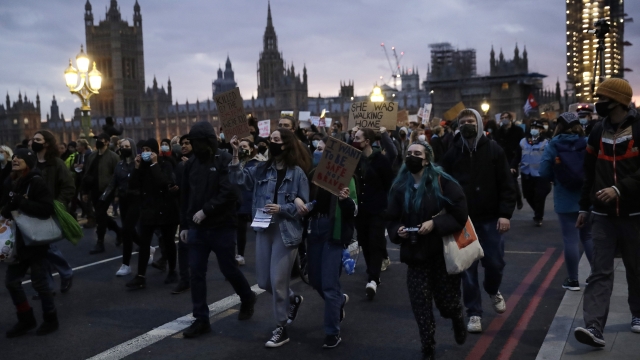 SMS
London Protesters March For Woman Killed By Police
By Newsy Staff
By Newsy Staff
March 16, 2021
The man charged in Sarah Everard's death is a member of the city's police force.
SHOW TRANSCRIPT

In London, there were more protests Monday following an incident involving police over the weekend.

There was a huge group on Westminster Bridge near the U.K.'s Parliament building. On Saturday, police officers and protesters clashed at a vigil for a woman who was killed earlier this month.

The man charged in her death is a member of the city's police force. Officers are being criticized for the way they treated demonstrators.