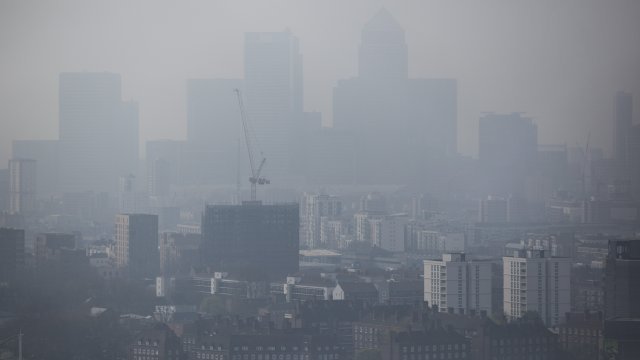 It's called the "Toxicity Charge" or "T-Charge," and it means diesel and gas cars registered before 2006 that fail to meet emission standards will be taxed 10 pounds, or about $13, a day.

The T-Charge zone covers the same area as the Congestion Charging zone, which already comes with a fee. So drivers with non-compliant cars traveling through trafficky parts of London will now face a daily fee of around 21 pounds, or $28. 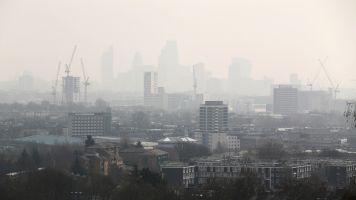 Critics of the fee say it penalizes low-income drivers who cannot afford to buy new cars.

And some are skeptical the T-Charge will do much at all: Only around 9,000 vehicles are expected to be affected by the fee each day — less than 10 percent of the city's drivers.

Still, others don't think the measure goes far enough and are pushing for the mayor to ban diesel-fueled cars and expand the area in which the T-Charge is enforced.

London's mayor seems to agree — he said he'll "continue to do everything in [his] power to help protect the health of Londoners and clean our filthy air."

The T-Charge is just one step in the city's $1.1 billion project to improve air quality. London plans to replace it with an even higher fee within the next couple years.

A 2015 study found that London's air pollution accounts for anywhere from around 3,500 to nearly 9,500 premature deaths each year.

Earlier this year, the U.K. announced its plans to ban the sale of all diesel cars by 2040. Several other European cities have also made plans to ditch diesel cars.