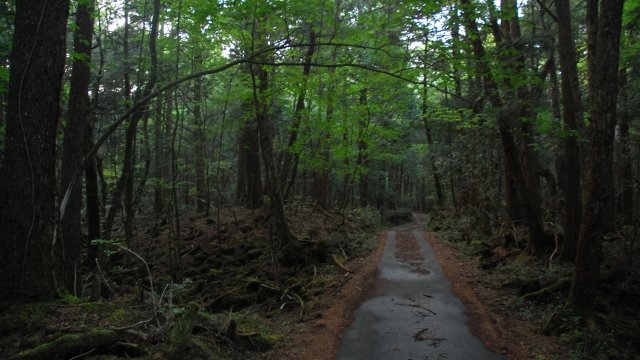 A recent YouTube controversy has thrown Japan's Aokigahara forest into the Western media spotlight again, risking yet more fraught portrayals of the place.

Sometimes referred to as Japan's "Suicide Forest," Aokigahara is notorious for the sheer number of people who have died by suicide there. Since the 1950s, at least 500 people have died there, and dozens of bodies are discovered every year.

Japan's struggle with high suicide rates is a real and difficult issue, but the somberness of the issue often isn't reflected in Aokigahara's controversial Western media appearances.

The 2015 film "The Sea of Trees" used the forest's reputation as the backdrop for a story about suicide. When it screened at the Cannes Film Festival, it was booed by the audience and criticized for its shallow portrayal of suicide and depression.

In 2016, Aokigahara was portrayed on screen again in a horror film called "The Forest." That film was criticized for exoticizing the issue and capitalizing on trauma.

The portrayals could lead Western audiences to see Aokigahara as a fantastical or exotic destination, rather than the site of a real issue that plagues actual people in Japan.

And YouTuber Logan Paul may have contributed to the problem by showing a dead body in one of his videos set in the forest. Paul said he "intended to raise awareness for suicide and suicide prevention," but experts say the opposite could have happened.

A clinical psychologist told Mashable that exposure to suicide can inspire already-suicidal people to act on their thoughts. The YouTuber's sensationalized video was also criticized for seeming to mock those who have died by suicide.

Paul later apologized for his video, but it's not likely Western perceptions of Aokigahara will change any time soon as a result.