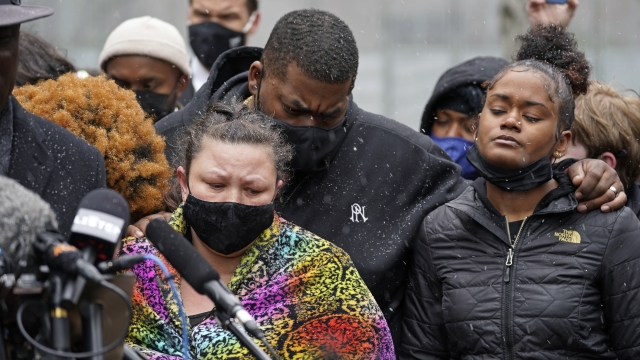 The mayor of Brooklyn Center, Minnesota met with Daunte Wright's family during a vigil last night.

We know Kim Potter says she accidentally shot Wright, but his parents aren't buying it. They believe their son is dead, because he is Black.

We've seen an outpouring of support not only for Wright's parents, but for his young son who will be two in July.

Local businesses teamed up and donated $17,000 to the mother of that child.

"Duante is 20 years old. He's still young, he was still a young kid, you know?" said Tayo Daniel, president and co-founder, Aeterna Media. "We have to come together as a community not only to hold these people accountable, but also so we can be in their lives, you know, and help nurture them."

The church where she was given the check is on George Floyd Square where a memorial has been growing for Floyd since last year and where we're now we're seeing tributes for Wright.