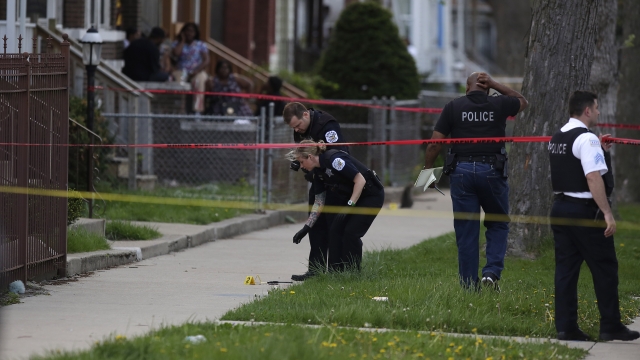 Twenty-eight-year-old Antonio Perkins was filming himself on Facebook Live spending time with his friends outside when shots rang out. The graphic video shows Perkins falling to the ground and what appears to be blood on the grass. You can also hear people shouting for someone to call 911 and asking if he's OK.

"A lot of people loved my son. He was a good person. But please, everybody, stay at peace with each other and let God handle it," Perkins' father told WGN-TV.

Police reportedly said Perkins was a known gang member, but his family said he wasn't anymore. WGN reports the victim's brother was also shot and killed a few years ago.

This is the second time in recent months a shooting has been captured on Facebook Live.

In March, a man in another Chicago neighborhood was using Facebook Live when he was shot. The video caught an image of the shooter holding a gun. The victim, a 31-year-old, survived the incident.

This video includes clips from WFLD and WBBM and images from The New York Times, Facebook / Cicero Yayo and Getty Images.