What The Little Rock Nine Endured For A Better Education 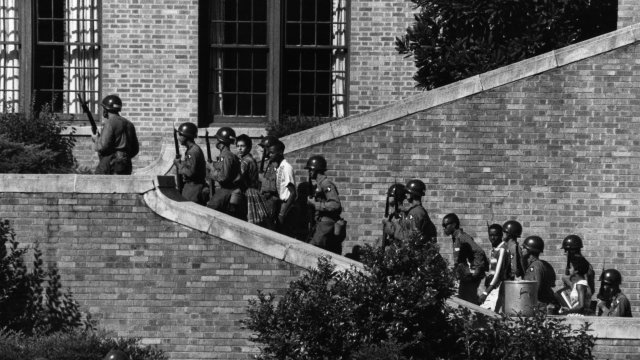 Monday marks the 60th anniversary of the Little Rock Nine's first full day at Central High School — one of the first schools to test the Supreme Court's Brown v. Board of Education decision.

"I could hear the noise, the name-calling and stuff, but I didn't know that people were getting knocked down with sticks and bats and bricks and all that," Jefferson Thomas said in 2004 about his first day at Central High School.

"It took a long time for me to realize how much danger I faced."

In the weeks prior to Sept. 25, 1957, Arkansas' governor deployed the National Guard to prevent the integration. Troops and mobs of segregationists blocked the black students from entering the school. At one point, a mob surrounded 15-year-old Elizabeth Eckford and threatened to lynch her.

The city's mayor asked President Eisenhower to intervene. Eisenhower federalized the Arkansas National Guard and sent the troops to the school Sept. 24. They stayed the whole year to keep the peace and protect the nine students. But people reportedly tormented the Little Rock Nine anyway, damaged their lockers and even physically assaulted them. 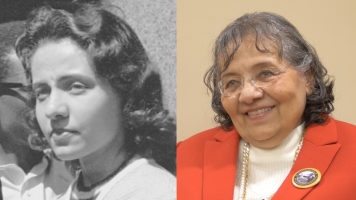 Despite those struggles, the Little Rock Nine have said they benefited from the integration. Beals said in the 1985 interview that she originally enrolled "because they had more privileges; they had more equipment; they had five floors of opportunities."

And when asked in 1979 if the struggles were "worth the sacrifice," Ernest Green said he would do it again if he had to. For him, it wasn't just about going to high school; it was about starting change in his community.