Linda Brown, Daughter Of Brown V. Board Plaintiff, Has Died 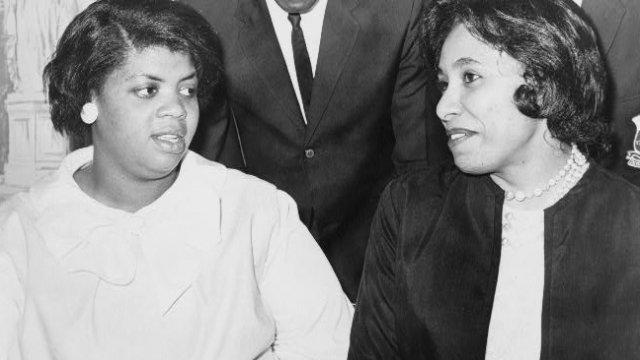 SMS
Linda Brown, Daughter Of Brown V. Board Plaintiff, Has Died
By Gabrielle Ware
By Gabrielle Ware
March 26, 2018
She was at the center of the case that ended segregation in U.S. public schools.
SHOW TRANSCRIPT

Linda Brown, the woman who as a child sparked a ruling that would desegregate the U.S. educational system, has died. The Topeka Capital-Journal reports she was 76.

Brown was 9 years old when her father was barred from enrolling her at an all-white school in 1951. Her family and at least four others sued the Topeka Board of Education in the case known as Brown v. Board of Education.

In 1954, the U.S. Supreme Court ruled it was impossible for segregated schools to be equal and thus they were unconstitutional. The ruling overturned Plessy v. Ferguson, which established the "separate but equal" doctrine.

Kansas Gov. Jeff Colyer said Monday: "Linda Brown's life reminds us that sometimes the most unlikely people can have an incredible impact and that by serving our community we can truly change the world."