Like Humans, Neanderthals Buried Dead And Cared For Elderly 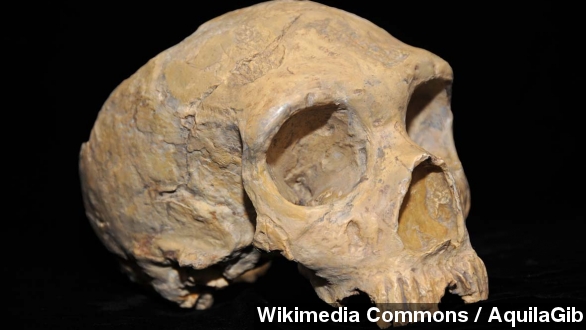 SMS
Like Humans, Neanderthals Buried Dead And Cared For Elderly
By Laura Heck
By Laura Heck
December 17, 2013
A 13-year study provides evidence that Neaderthals not only buried their dead with purpose but also cared for their elderly.
SHOW TRANSCRIPT

It's another grave scientific discovery — but this time in a good way.

An international team of scientists found new evidence that Neanderthals cared for their elderly and dead by intentionally burying bodies — an important sign of development and community for our much, much older cousins. (Via LiveScience)

The scientists spent 13 years reexamining caves in southern France. Since 1908, evidence from those caves suggested Neanderthals buried their dead, but modern scientists began questioning those claims.

Instead, they assumed Neanderthals picked up the habit from the smarter, species of modern humans, who Neanderthals might have had contact with at the time.

Luckily for them, this new evidence gives credit back to our caveman ancestors.

The scientists found 50,000-year-old Neanderthal bones from two children and one adult as well as reindeer and bison remains. The animal bones showed the normal wear and tear from the passing of thousands of years — chips, cracks and smoothing from elements.

​The Neanderthal bones were more preserved, and burial pits in the cave were identified as man-made. The scientists say this proves bodies were buried relatively soon after death and with care. (Via NBC, The New York Times)

What's more, the elderly bones of a man that were discovered showed hip and knee injuries that would have stopped him from walking without help, making him a prehistoric liability. That shows Neanderthals, therefore, helped and supported their elderly. (Via National Geographic)

These are all signs of more complex thoughts and culture than we thought our ancestors were capable of. Other recent findings confirm this, showing they painted their faces with pigment and even accessorized with bright feathers.

Scientists say this shows the grunting, club-swinging cavemen are much more similar to us homo sapiens than we used to think.