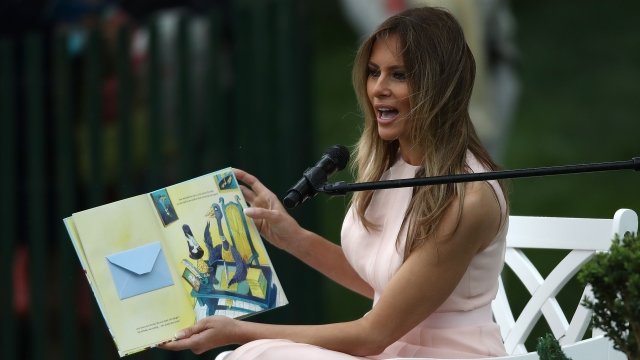 To celebrate National Read a Book Day, first lady Melania Trump sent a collection of Dr. Seuss books to schools across the country.

In an open letter to Trump, an elementary librarian in Cambridge, Massachusetts, "respectfully" explained why her library wouldn't accept the gift.

She wrote that her school has plenty of resources. She suggested Trump should've sent the books to "underfunded and underprivileged communities" that the librarian claims are "marginalized and maligned by policies put in place by Secretary of Education Betsy DeVos."

She also criticized the choice of author, arguing that Dr. Seuss' work is "steeped in racist propaganda, caricatures, and harmful stereotypes." 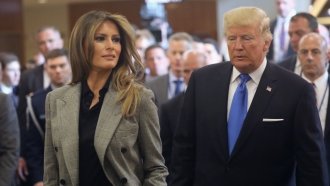 A spokesperson for the first lady called the librarian's reaction "unfortunate," adding that Trump "remains committed to her efforts on behalf of children everywhere."

Those efforts include speaking out against bullying at a United Nations luncheon, visiting children's hospitals around the world, and hosting a roundtable discussion about the opioid crisis and how it's affecting families.

Cambridge Public Schools said in a statement the librarian wasn't authorized to turn down Trump's donation and that she has since been counseled "on all relevant policies, including the policy against public resources being used for political purposes."