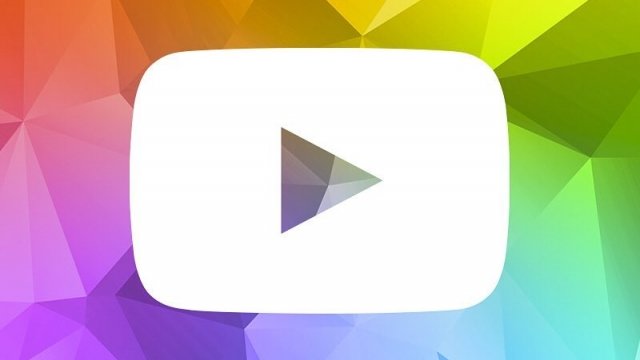 SMS
YouTube Still Hasn't Figured Out How To Stop Restricting LGBTQ Videos
By Casey Mendoza
By Casey Mendoza
June 14, 2018
YouTube is celebrating Pride Month again, but some of the platform's creators are accusing the company of anti-LGBTQ bias.
SHOW TRANSCRIPT

YouTube may be proud to show its support for Pride Month, but many LGBTQ YouTubers don't feel like they're actually being supported.

"I just think that it's a little bit of BS that YouTube says that they have such an inclusive environment for all of these creators — and especially in June," transgender activist and YouTuber Chase Ross said in a video. "It's Pride Month, they throw rainbows at you, they spit rainbows in your face. And it's so great. I usually love this month, and I feel so proud to be a YouTuber, and I feel so loved. This year is different."

"I think YouTube uses a lot of LGBT people to look diverse or to show that they are okay with the gay community and stuff, but then it's not given back to us in the same way," YouTuber Gaby Dunn told Newsy.

"It's just so hypocritical and just so insulting to me — the fact that they probably will continue to make celebratory pride months events," YouTuber Chris Lam said in a separate interview.

Chase Ross, Chris Lam and Gaby Dunn are just three of many LGBTQ YouTubers frustrated with the platform. But before we get into why, you first need to know how YouTube moderates its content. 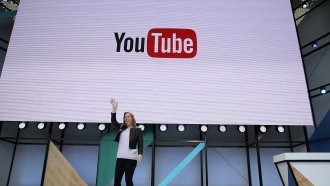 Using both human and automated flaggers, YouTube bars videos that are pornographic, hateful, violent or in their view, harmful in any way to users. Actions taken against these videos can include age restrictions, ad restrictions, demonetization or removals from the site itself. That last action can result in a strike against the channel — three of those and the channel is gone completely.

YouTube does say "context is very important for all videos," especially for videos that are meant to be informative and educational. But some content creators — specifically those that make videos about and for the LGBTQ community — feel their videos are being unfairly targeted as inappropriate or not family-friendly.

"So, if I just read it here, we've removed it from YouTube and assigned a community guidelines strike or temporary penalty to your account," Ross said in a video. "It's happening to so many other creators. And this is also happening to a lot of LGBT+ education creators."

Ross makes educational videos about what it's like to be transgender. He says that, as of June, around 140 — or 20 percent — of his videos are currently demonetized, age restricted, deemed not suitable for advertisers or removed completely. That number is going up every week — and not just for Ross. Other LGBTQ YouTubers are in the same boat.

It is possible to appeal YouTube's decisions — but only if the video in question receives 1000 views within seven days. Not all content creators are able to reach this level of viewership or virality, and for many, the appeals process isn't a solution.

"Don't tell me to get it reviewed. Explain to me why that was flagged, because that's the real issue," Dunn said.

A representative from YouTube was unavailable for comment by the time of publishing, but the company told Polygon that, despite what creators say, LGBTQ bias is kept out of the platform's demonetization algorithm. The company added: "Sometimes our systems get it wrong, which is why we've encouraged creators to appeal. Successful appeals ensure that our systems get better and better."

Some YouTubers are skeptical of statements like this — and they've conducted tests to make sure. 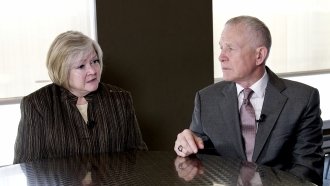 30 Minutes With: Judy And Dennis Shepard

Around that same time, other YouTubers did similar tests, and came out with the same results. YouTube said it was taking the issue very seriously, but over a year later, the problem seems to persist. 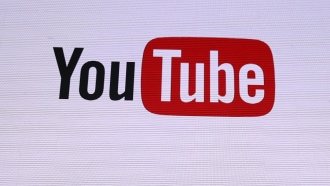 YouTube Took Down More Than 8 Million Videos In 3 Months

This controversy gained more steam this month when many content creators found that anti-LGBTQ advertisements were being played before their videos. It's worth noting that advertisers are allowed to choose the demographics for their ads, but one of the advertisers accused of homophobia said it wasn't his intent or goal to pre-roll on LGBTQ-related channels.

"I don't like that YouTube, promotes diversity and inclusion and then accepts money from people who are directly against what they are for," Ross said.

"What it comes down to is the fact that it's so incredibly insulting to our community," Lam said.

YouTube addressed the controversies in its annual Pride Month blog post, saying: "We know this has been both confusing and painful, and want you to know that we hear you."

Amid the release of that statement, LGBTQ creators and their fans are choosing to support each other. This month, Ross collaborated with artist Aaron Ansuini to create the #YouCantDeleteUs campaign to help raise money for LGBTQ creators.