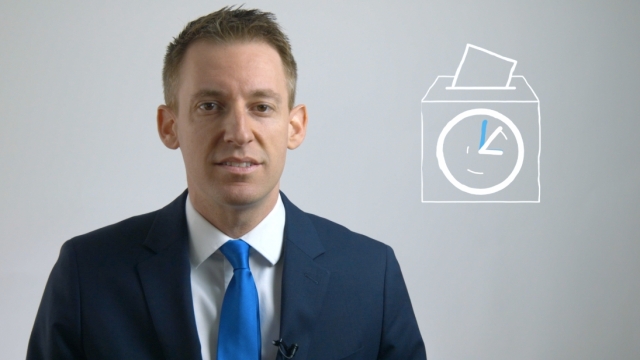 New laws across the U.S. could make it tougher to vote. Jason Kander and his voting rights group Let America Vote hope to counter those.

"As an American, you are more likely to be struck by lightning than you are to commit voter impersonation fraud," Kander told Newsy. "They're trying to make it through very specific photo ID laws or trying to scale back early voting hours or make registration harder. They claim that they're trying to solve this problem of voter impersonation fraud. But a lot of the folks who don't have the documents to be able to meet all these restrictions and all these rules, a lot of these folks have a tendency not to vote Republican."

Kander is an Army veteran, a former Missouri attorney general and a former U.S. Senate candidate. He gained national notice with this ad on background checks. Kander founded Let America Vote to fight for voter rights. 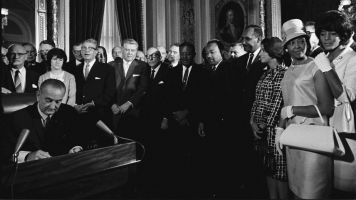 Fifty Years On, The Voting Rights Act Is Still Controversial

"Let America Vote is the first political organization that is dedicated to waging and winning the political argument against voter suppression," Kander said. "And with President Trump picking the judges and President Trump pushing this giant lie about illegal voting, it becomes very important that this fight expand to the court of public opinion."

President Trump has repeatedly said that illegal voting made up the difference of about 3 million popular votes between himself and Hillary Clinton in the 2016 election.

"That's really scary for a lot of reasons, one of which is, it's a president of the United States who's actively working to undermine faith and confidence in American democracy," Kander said. "A lot of people think that he's doing it for his own ego because he lost the popular vote by about the number of votes that he's claiming were illegal. And that may be a part of it. But I think it's much deeper than that. I think it's about his re-election strategy. It is about making it easier for states across the country to push laws that make it hard for folks to vote. That's really what this is about. And so, over the course of the next several years, what I'm concerned about is, if we don't act, seeing that a whole lot of Americans who are eligible, legal, registered voters aren't allowed to cast their ballot."