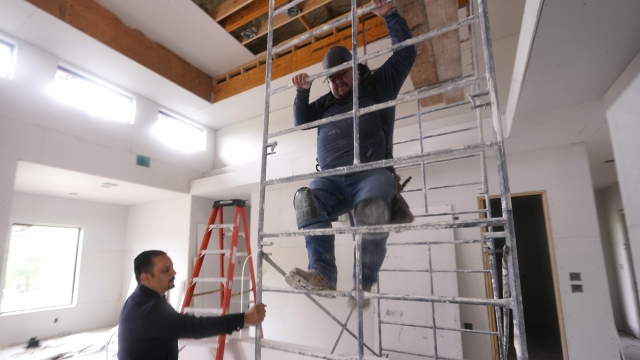 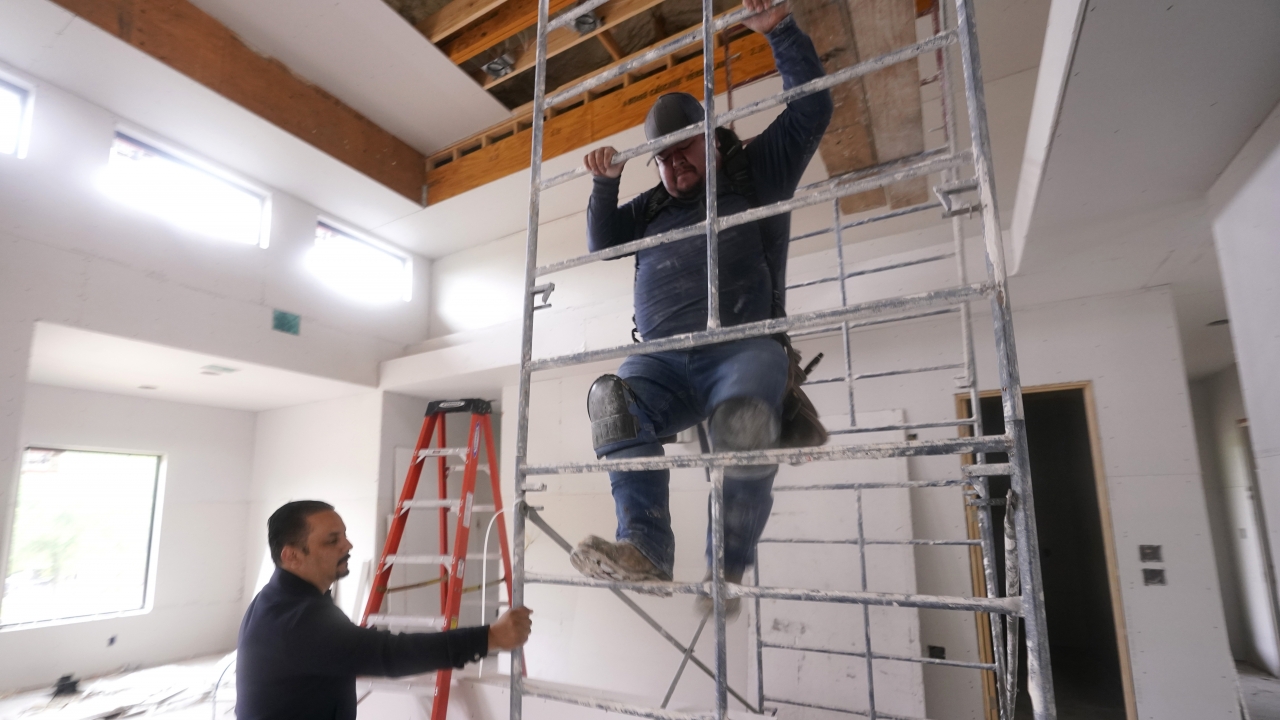 Just 10 miles from the Rio Grande, Mike Helle's farm is so short of immigrant workers that he's replaced 450 acres of labor-intensive leafy greens with crops that can be harvested by machinery.

In Houston, Al Flores increased the price of his BBQ restaurant's brisket plate because the cost of the cut doubled due to meatpacking plants' inability to fully staff immigrant-heavy production lines. In the Dallas area, Joshua Correa raised prices on the homes his company builds by $150,000 to cover increased costs stemming partly from a lack of immigrant labor.

After immigration to the United States tapered off during the Trump administration — then ground to a near complete halt for 18 months during the coronavirus pandemic — the country is waking up to a labor shortage partly fueled by that slowdown.

The U.S. has, by some estimates, 2 million fewer immigrants than it would have if the pace had stayed the same, helping power a desperate scramble for workers in many sectors, from meatpacking to homebuilding, that is also contributing to supply shortages and price increases.

"These 2 million missing immigrants are part of the reason we have a labor shortage," said Giovanni Peri, an economist at the University of California at Davis, who calculated the shortfall. "In the short run, we are going to adjust to these shortages in the labor market through an increase in wages and in prices."

The labor issues are among several contributors to the highest inflation in 40 years in the United States — from supply chains mangled by the pandemic to a surge in energy and commodity prices following Russia's invasion of Ukraine.

Steve Camarota, a researcher at the Center for Immigration Studies, which advocates for less immigration, believes a spike in illegal immigration under President Joe Biden will make up whatever shortfall lingers from the pandemic. He also contends wage increases in low-paying sectors like agriculture are minor contributors to inflation.

"I don't think wages going up is bad for the poor, and I think mathematically it is not possible to drive down inflation by limiting wages at the bottom," Camarota told The Associated Press.

Immigration is rapidly returning to its pre-pandemic levels, researchers say, but the U.S. would need a significant acceleration to make up its deficit. Given a sharp decline in births in the United States over the past two decades, some economists forecast the overall pool of potential workers will start shrinking by 2025.

The immigrant worker shortage comes as the U.S. political system is showing less of an appetite for increasing immigration. Democrats — who control all branches of the federal government and more recently have been the party more friendly to immigration — haven't tried to advance major legislation permitting more new residents to the country. A recent Gallup poll showed worries about illegal immigration at a two-decade high. With a tough election for their party looming in November, Democrats are increasingly divided about the Biden administration's attempt to end pandemic-related restrictions on seeking asylum.

"At some point we either decide to become older and smaller or we change our immigration policy," said Douglas Holtz-Eakin, an economist and former official in President George W. Bush's administration who is president of the center-right American Action Forum. He acknowledged a change in immigration policy is unlikely: "The bases of both parties are so locked in."

That's certainly the case in Republican-dominated Texas, which includes the longest and busiest stretch of the southern border. The Legislature in 2017 forced cities to comply with federal immigration agents seeking people who are in the U.S. illegally. Gov. Greg Abbott sent the Texas National Guard to patrol the border and recently created traffic snarls by ordering more inspections at border ports.

The turn against immigration distresses some Texas business owners. "Immigration is very important for our workforce in the United States," said Correa. "We just need it."

He's seeing delays of two to three months on his projects as he and his subcontractors — from drywallers to plumbers to electricians — struggle to field crews. Correa has raised the standard price of his houses from $500,000 to about $650,000.

"We're feeling it and, if we're feeling it at the end of the day as builders and developers, the consumer pays the price," said Correa, who spoke from Pensacola, Florida, where he brought a construction crew as a favor to a client whose hasn't been able to find laborers to fix a beach house damaged by Hurricane Sally in 2020.

The share of the U.S. population born in another country — 13.5% in the latest census — is the highest it has been since the 19th century. But even before Donald Trump won the 2016 presidential election vowing to cut immigration, migration to the United States was slowing. The Great Recession dried up many jobs that drew workers to the country, legally or illegally. Rising standards of living in Latin America have prodded more people to stay put — or to return from the United States.

Flores, who runs a chain of Mexican restaurants as well as his barbecue restaurant, said while the COVID-19 pandemic was a bigger shock to his industry, the immigration slowdown has hit it hard — and not just for meatpackers that supply his restaurant's brisket. "You've got a lot of positions that aren't being filled," he said.

He's steadily raised pay, up to $15 an hour recently. "This is a culmination of years and years," said Flores, who's president of the Greater Houston Restaurant Association.

Helle, who raises onion, cabbage, melons and kale just outside the border town of McAllen, Texas, is also paying more to his workers, who are almost exclusively immigrants. People born in the U.S., he says, won't work the fields regardless of the pay.

Before he could find farmworkers just in the region. Now he's joined a federal program to bring agricultural workers across the border. It's more expensive for him, but he said it's the only way he can keep his crops from spoiling in the ground.

Helle, 60, has farmed the area for decades. "I live 10 miles from the Rio Grande river and I never in my life thought we'd be in this situation."