Leslie Jones' 'Ghostbusters' Role Was Intended For Someone Else 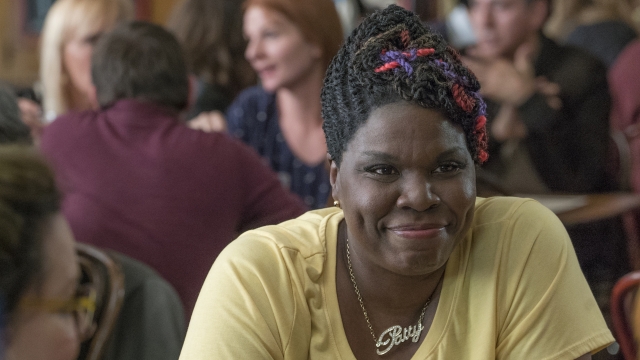 SMS
Leslie Jones' 'Ghostbusters' Role Was Intended For Someone Else
By Lexie Hammesfahr
By Lexie Hammesfahr
March 11, 2016
Director Paul Feig told Empire magazine he changed his mind about who should play Patty Tolan and that Jones' comedic chops influenced the decision.
SHOW TRANSCRIPT

When the first trailer for the new "Ghostbusters" came out, some Twitter users were pretty angry that Leslie Jones, the one African-American lead, was playing a New York subway worker and was the only non-scientist in the Ghostbusters gang.

Jones was forced to defend herself and her character. Even the film's director, Paul Feig, stepped in to defend her saying, "Haters, attack me all you want but when you attack and insult my cast, you've crossed the line."

But here's what fans should know: The Patty Tolan role was originally meant for Melissa McCarthy because it's a "brash, larger than life character."

And we know McCarthy is great at that character type. Feig knows that, too. After all, he's the one who launched her to blockbuster stardom in "Bridesmaids."

And he wants to do the exact same thing for Jones. For Feig, Patty is a breakout character. He told Empire magazine he

And Jones totally has the ability to fill the role of the larger-than-life character. After all, that's the trait that catapulted her on "SNL."

"I know you was faking. Get your broke ass out of here. Been frontin' for five years. You're gone!" Jones said in an "SNL" skit with Louis C.K.

We can't wait to see Jones grab her proton pistol and battle some ghosts when "Ghostbusters" hits theaters July 15.

This video includes footage from Universal Pictures and images from Getty Images.