This Zebra Shark Shocked Researchers By Giving Birth Without A Male 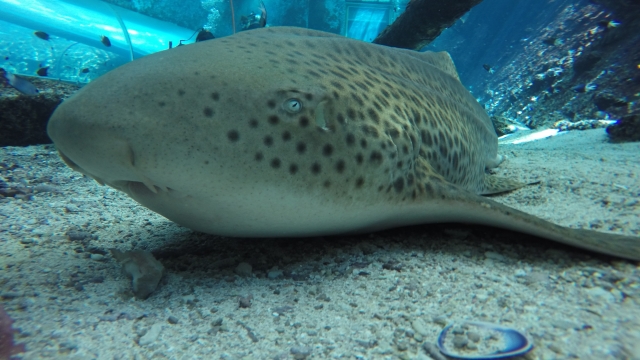 SMS
This Zebra Shark Shocked Researchers By Giving Birth Without A Male
By Briana Koeneman
By Briana Koeneman
January 17, 2017
Scientists say this is the first time a shark gave birth to pups the old-fashioned way and then later switched reproduction styles.
SHOW TRANSCRIPT

A zebra shark (also commonly known as a leopard shark) at the Reef HQ Great Barrier Reef Aquarium in Australia had more than two dozen babies before she was separated from her mate in 2013.

But three years later, she hatched three more eggs by herself, and researchers are stunned.

"We were absolutely astonished to find out that the offspring was what we call a parthenogenetic offspring of that mother," Hamish Tristram, a senior aquarist at Reef HQ Great Barrier Reef Aquarium, told ABC Australia.

Translation: Leonie the shark produced offspring without any help from a male whatsoever. Talk about an independent woman.

Asexual reproduction in sharks is pretty rare in the first place. But a shark that gave birth to pups the old-fashioned way and then switched reproduction styles? Scientists say it's a first. 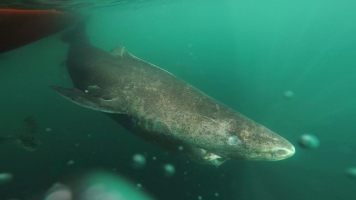 This Giant Shark Can Live For 400 Years

Initially, researchers thought maybe Leonie had stored sperm from her mate and that's how her eggs hatched years later.

But when they DNA-tested her pups and the possible parent sharks, they only found cells from Leonie.

Scientists are now trying to find out if this switch is possible in the wild. And if it is, it could be a really big deal for zebra sharks.

The species was recently listed as "endangered" by the International Union for Conservation of Nature.

Correction: An earlier version of this video identified Leonie as a leopard shark. Her species is more commonly known as a zebra shark in North America, and a leopard shark in some regions. The video has been updated.