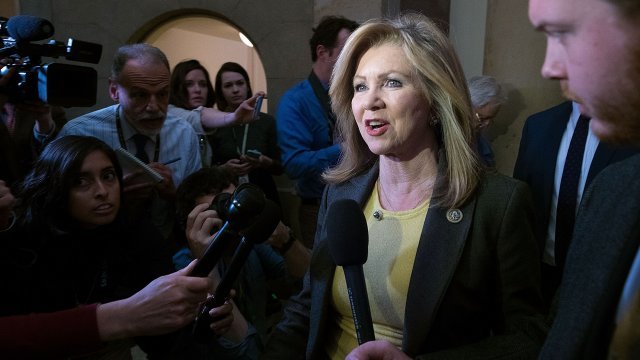 SMS
Does This Republican's Plan Do Enough To Protect The Internet?
By Ryan Biek
By Ryan Biek
December 20, 2017
Rep. Marsha Blackburn's plan would ban internet service providers from blocking or slowing down content, but critics argue that's just a small step.
SHOW TRANSCRIPT

Rep. Marsha Blackburn's plan would ban ISPs from blocking or slowing down content.

For example, Verizon wouldn't be able to shut down Netflix.

However, ISPs would still be allowed to charge content creators for priority access to faster delivery lanes. 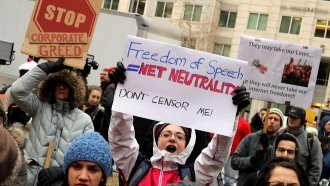 What Happens Next In The Fight For Net Neutrality?

Critics argue that although small business websites couldn't deliberately be slowed down, they'd still be hurt because those businesses wouldn't be able to afford fast-lane prices.

The Internet Association — which represents tech companies like Google and Facebook — said Blackburn's proposal "will not provide consumers the protections they need to have guaranteed access to the entire internet."