Legal Experts: Almost No Upside For Trump To Speak To Mueller 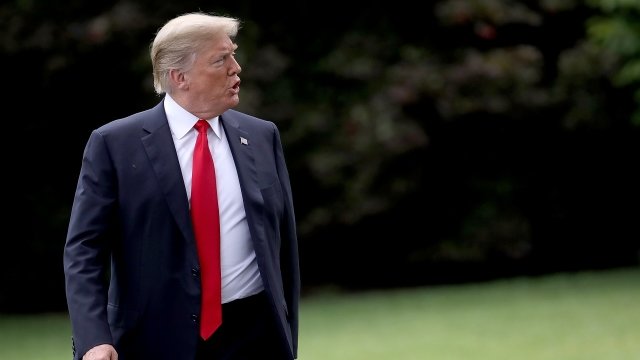 SMS
Legal Experts: Almost No Upside For Trump To Speak To Mueller
By Kellan Howell
By Kellan Howell
August 7, 2018
Just about every lawyer thinks it's a bad idea for President Trump to agree to an interview with Robert Mueller, but it could benefit him in one way.
SHOW TRANSCRIPT

But Trump's lawyers and virtually every legal expert agrees that's not a good idea.

"The one thing that I think probably most people know if they watch TV and they watch shows like 'Law and Order' is that it's a really stupid idea to talk to a prosecutor," said Hans von Spakovsky, a former Justice Department lawyer and now senior legal fellow at the conservative Heritage Foundation.

"There's way too much downside and almost no upside to agreeing to a voluntary interview," said Randall Eliason, a former assistant U.S. attorney for the District of Columbia and a current professor at George Washington University law school who specializes in white-collar crime.

Trump's legal team says it will soon decide whether the president will sit down with the Mueller team investigating possible collusion between the Trump campaign and Russia during the 2016 election.

The president would likely be asked to explain his campaign's dealings with Russian officials, including a meeting that took place at Trump Tower in June 2016. Trump could also face questions aimed at determining whether he obstructed justice.

Trump says he is hoping to clear up any suspicion of wrongdoing by talking to Mueller.

But a major pitfall of any such attempt is how simple it could be for the president to end up lying to investigators.

"The special counsel is probably going to ask him very specific questions about very specific meetings. I don't know about you, but I'm a really busy guy, and remembering the exact details of past meetings I had, you can't always do that. Yet that can be taken by an FBI agent or a federal prosecutor as you supposedly lying," von Spakovsky said.

That could land him in even bigger legal trouble.

"Lying to federal investigators in a voluntary interview, even if you're not under oath, is still a crime. It's called making false statements, and it's a crime that George Papadopoulos and Michael Flynn, for example, have already pleaded guilty to," said Eliason.

Plus, some experts argue Trump can't be charged with obstruction of justice, so there's no reason he should agree to an interview in order to defend himself.

"That is a constitutionally impermissible charge," von Spakovsky said. "The reason I say that is the president is the top law enforcement official of the United States under the Constitution, not the attorney general. He has the ultimate authority to say whether a prosecution occurs or not. That's a power that has been recognized since George Washington was president. He can't be charged with obstruction of justice for taking a constitutionally authorized action. So for example, he has full constitutional authority to and statutory authority to hire and fire the head of the FBI." 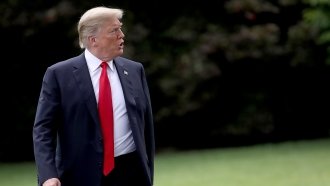 There is one possible benefit for Trump if he and his legal team come to an agreement for a voluntary interview: It could help Trump avoid a subpoena to testify before a grand jury.

"A voluntary interview, at least your lawyer can be there with you and intervene and ask clarification and object to questions and things like that. You don't have your lawyer with you in the grand jury," Eliason explained.

Legal experts disagree over whether or not Mueller has the authority to subpoena Trump, and there's no guarantee that Mueller would force Trump to testify, anyway.

"That would involve a long, drawn out legal battle that Mueller might decide is just not worth it, especially because in the end, even if he won, the president might just take the Fifth Amendment in the grand jury and not testify anyway," Eliason said.