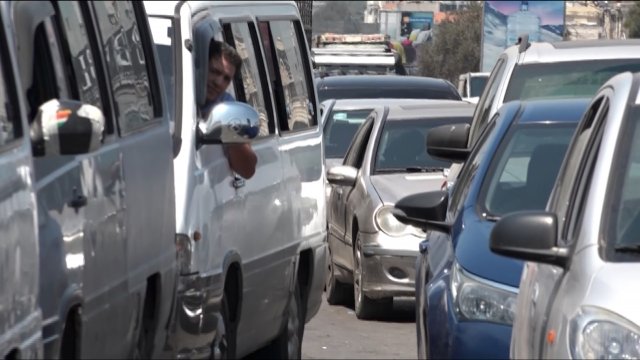 Long lines for fuel. Daily power outages. A lack of medical supplies. Lebanon is on the brink of collapse, and begging for help.

“Never in our wildest dreams did we think the people of Lebanon would face such dark days. We are living our worst nightmare," said Ali Hamadi.

Situated between Syria and Israel, the threat of Lebanon becoming a failed state looms large — especially for the U.S. Lebanon’s economy is in crisis, with the nation’s currency having lost almost 90 percent of its value.

“This is how the Lebanese people struggle to survive while our politicians are at their homes with their air conditioning. They get their fuel, food, and medications delivered to them while we suffer," said Mahmoud Rifai.

As inflation runs wild, political leaders remain in a stalemate over a new government … and half the population waits in poverty.

“The economy itself is ground to a halt. A lot of bad actors get involved in failed state situations," said Steve Hanke, professor of applied economics at Johns Hopkins University and founder of the Johns Hopkins Lebanon Working Group.

The World Bank said it could become one of the worst financial crises in modern history, and recently warned, “the increasingly dire socioeconomic conditions risk systemic national failings with regional and potentially global effects.” Earlier this week, Lebanon’s caretaker prime minister said they were moments away from “social explosion.”

“I call upon the United Nations and all international bodies, the international community and the global public opinion to help save the Lebanese from death and prevent the demise of Lebanon," said caretaker Prime Minister Hassan Diab.