Leave No Trace: Treating The Wilderness Like A Museum 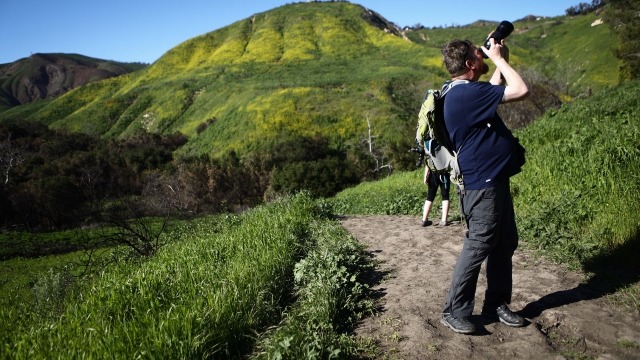 We all want to leave a mark in this world. But in nature's greatest wonders, making a difference can mean not making a mark. It's a simple way, on the individual level, to combat Earth's degradation. The advice when hiking or camping is "Leave No Trace," or "LNT."

Ask any Boy Scout or Girl Scout what "LNT" stands for, and they'll know. The idea dates back to a 1987 pamphlet from the U.S. Forest Service.

The effort took a formal turn in 1993, when land management agencies, NGOs and members of the outdoor industry convened in Washington, D.C., for a summit.

Leave No Trace Inc. was born and incorporated in 1994. The Leave No Trace program coordinates with federal and state agencies and reaches more than 15 million Americans with conservation initiatives, education, research and outreach. The idea is simple enough, making it possible for all of us to have an impact: When in the wilderness or backcountry or a federal or state park, leave things as you found them. The next hiker or camper should not be able to tell that you were ever there. Seemingly innocent acts can violate LNT. For instance, tossing a coin into the Morning Glory Pool at Yellowstone.

Visitors have been doing it forever. It's for good luck. And, hey, it's just one coin. As they piled up, the coins likely clogged the beautiful blue pool's natural heat sources, explains the Smithsonian, eventually cooling the water, allowing new microorganisms to thrive and changing this natural wonder into a yellow-green color. On the LNT front, experts also warn geocachers — a kind of high-tech treasure hunter — don't stash weatherproof containers in the woods and send fellow hunters tromping all over the forest to find them.

There are seven LNT principles for outdoor activities to keep in mind — whether under a canopy or peering into a depthless pool:

Have a plan: Bring the right equipment for packing trash and carrying it out with you.

Dispose of waste: Know what the rules are for human waste.

Leave nature there: Don't carry out rocks or wood or plants.

Consider a stove: Camp stoves are often a better choice than a campfire.

Respect wildlife: Give wildlife space and be quiet.

It all seems to come down to a basic principle: One minor transgression by one person doesn't seem harmful, but what if everybody did it?