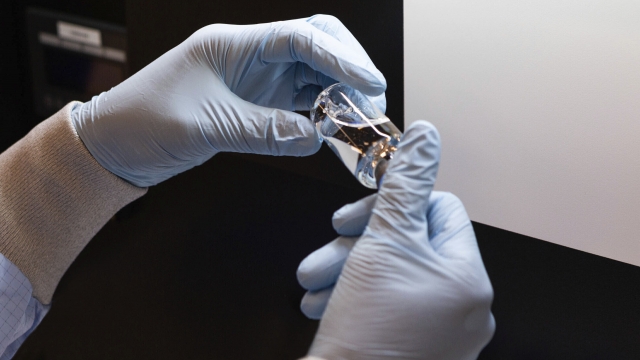 Leaked data from a University of Chicago Medicine study revealed promising results for an antiviral drug being tested to combat COVID-19.

The leak, published by STAT, a media company focused on science and health news, featured quotes from a university faculty member saying many of the 113 severely ill patients treated with remdesivir during a clinical trial recovered; most leaving the hospitals after six days of treatment.

But those results didn’t come without criticism and controversy.

The criticism: The drug was not tested against a placebo. The controversy: The news sent the stock for the drug manufacturer Gilead Sciences up 9%.

U.S. Rep. Lloyd Doggett is calling for an SEC investigation into who leaked the results and why.

In a statement to Newsy, a spokesman for Gilead Sciences said, “Gilead had nothing to do with the information sourced by STAT from an internal recording out of the University of Chicago hospital.”

The University of Chicago Medicine Clinical Trial is just one of several clinical trials of remdesivir taking place around the world.