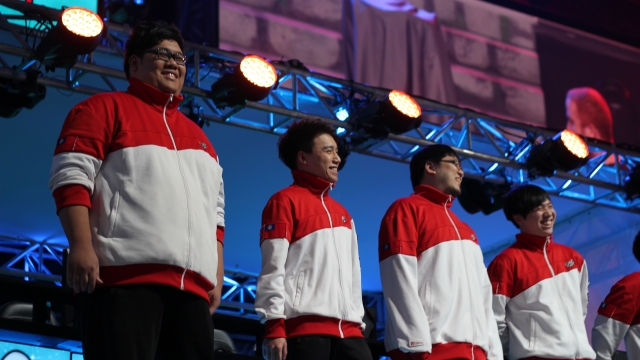 One of the world's most popular e-sports might have just gotten one step closer to relevance, thanks in part to baseball.

The deal, which lasts through 2023, means "League of Legends" e-sports events will soon be streamed via an app, which can be used on a computer or smartphone, and BAMTech will have exclusive rights to make money off of it.

The money from BAMTech means "League of Legends" will give Riot more "economic sustainability" going forward as it tries to grow its sport.

Despite the popularity of "League of Legends," Riot Games doesn't make much money off of e-sports events. It costs a lot to rent out arenas worldwide, and the company doesn't make a ton in ticket revenue. In fact, the games stream for free online.

"We deliberately designed our events, on the other hand, to be inclusive experience for all of our fans, even our World Championship," Riot Vice President of E-Sports Dustin Beck said at the 2016 Game Developers Conference. "We've never priced out our fans. We'd rather eat the cost."

This probably isn't too tough a pill for Riot Games to swallow. The company made $1.6 billion off of "League of Legends" as a whole in 2015 alone.

But now, Riot is making a deal centered around the fans who stream "League of Legends" on the internet. There are a lot of them; 43 million people watched the 2016 League of Legends World Championships.

SEE MORE: A New Will Ferrell Movie Could Help Move E-Sports Into The Mainstream

MLB certainly has experience with streaming platforms that aren't baseball. It already has agreements with HBO and World Wrestling Entertainment. BAMTech also got a billion-dollar investment from Disney in August to make a streaming service with ESPN.

Still, this deal doesn't mean "League of Legends" streams are about to go behind a paywall. Riot says BAMTech will make money from advertising and sponsorship deals during the broadcasts, but they'll still go up for free on YouTube and Twitch.