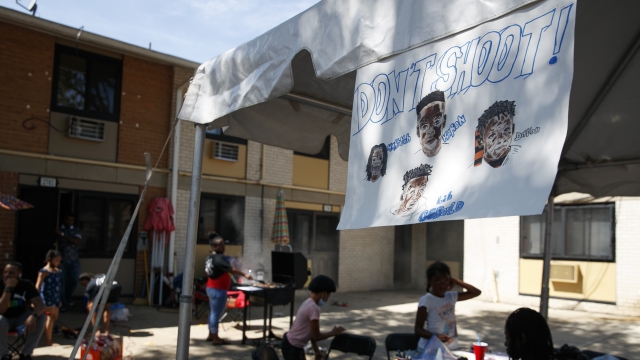 SMS
The Leading Cause Of Death For American Children Is Now Gun Violence
By Newsy Staff
By Newsy Staff
May 10, 2022
Researchers say prevention efforts can help reduce the number of kids dying from gun violence, but more data is also needed to understand why.

Gun violence in the U.S. is nothing new, but things are getting worse. More Americans died from gun injuries in 2020 than any other year on record, but one group being particularly impacted is kids.

A new analysis found guns are the leading cause of death for children in the U.S. since 2017, surpassing car crash deaths.

Kids have been shot and killed while rider their bikes, walking home from school and even playing video games.

This is a uniquely American problem. Kids in the U.S. are 15 times more likely to die from guns than kids in 31 other high-income countries combined.

Researchers say gun violence has become the number one cause of death for kids because, while it has increased, there has also been a decrease in car crash fatalities.  Cars, however, have a specific regulatory agency. The National Highway Traffic Safety Administration was established in 1970, which had a public database of car deaths to help researchers better understand how road safety can be improved. Things like side airbags, booster-seat laws and automatic braking all helped make kids safer.

On the other hand, there is no federal agency to regulate the safety of guns. Funding was just granted to the CDC in 2019 to begin research for preventing gun injuries, so the research is far less extensive than car crash data.

A study from the American Journal of Preventive Medicine found that 9 million children ages 5 to 17 lived in a neighborhood that experienced at least one fatal shooting a year from 2015 to 2019. It also found Black kids compared to white kids were at a higher risk of being exposed to gun violence before the pandemic. Since then, the disparity has grown even more.

To combat this issue, researchers say that, just like with car safety, prevention efforts can help.

In Dayton, Ohio, the local YWCA works on preventing gun violence through two programs for middle and high schoolers.

"We're hearing from our students just hugely disproportionate levels of stress coming at them from a number of different ways, and I think when you look at gun violence, one of the biggest things is that they feel completely out of control in terms of you don't know who's carrying a firearm around with you," said Audrey Starr, vice president of mission, brand and programs at YWCA Dayton. "There's kind of that constant threat and that constant potential."

Kids can suffer gun injuries from accidental shootings, getting caught in the crossfire, suicides and also intimate partner violence.

"You see big socioeconomic disparities in our communities," Starr said. "You have families with big financial strains... All of this kind of comes to a head a lot of times in things like interpersonal violence, in increased levels of suicide among youth in our community. So being able to, as much as we can, be proactive and give them a safe space to talk."

YWCA Dayton says it has seen quick success with its newest program, AMEND Together, which is aimed at engaging men and boys to prevent violence against women and girls by teaching them what a healthy relationships look like.

"We had an immediate statistical data come back to us that showed from pretest to post-test that we were changing behaviors among the young men in our community and that we were able to see that immediate reaction of, 'Oh, this makes sense, it is a clear need. We are clearly meeting need,'" Starr said.

In addition to gun risks for youth in Dayton, the city also faced a mass shooting in 2019 where nine people were killed and dozens were injured.

"We had staff members who lost family members, we had clients who lost family members," Starr said. "We had our youth programs, right, who were then going into the classroom immediately thereafter with these kids who heard about it, knew about it, had family involved and we're having to work through that on top of all of the things that they were already dealing with in the day to day. I think it just really put it into perspective how things can change so quickly, but then it also immediately put us into this national conversation of 'How do we reduce violence in our communities?'"

A CBS News analysis found that nearly 300 kids aged 16 and under were shot in Chicago last year.

"Children are being bored," Saleshea McCray, founder of Hug a Child Make a Change, said. "I feel that they are getting their hands into different things, that some children come from broken homes, and there's not enough mental health resources out here. The children are losing their friends to death, and nobody is checking in with them for therapy. Nobody's checking into mental health to say 'Are you okay?' because they're numb, and they're believing this is normal when it's not.

Groups like Hug a Child Make a Change are working on prevention efforts across the city.

The organization connects kids with mentors that meet and check in several times a month to offer support and help them reach major life milestones.

"My program helped because we're involved in these children's lives," McCray said. "We have graduates coming across the stage this year with honors classes because they have a shoulder to lean on and a foundation of people. So, I feel like my program has helped tremendously because we've not only worked with the children, but we work with the parents, the mothers, the fathers, the sisters, the brothers, we work with them."

These community outreach efforts are vital when it comes to tackling the root of the problem, but some researchers say more data is needed to better understand what is happening with gun violence.