Leaders In The LGBTQ+ Community Discuss Monkeypox Impact On Community 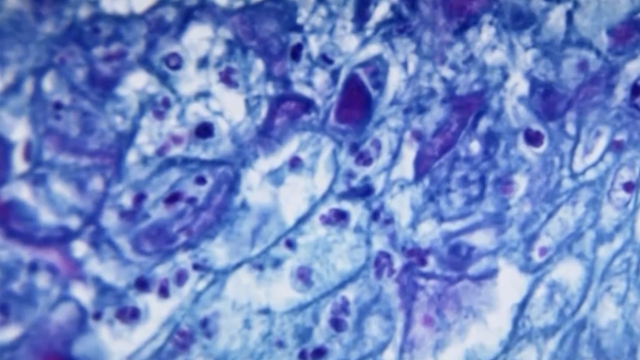 Across the country, monkeypox is spreading at an alarming rate, mainly among gay, bisexual, and other men who have sex with men.

Brian Thomas, a travel nurse, is sharing his experience on Tiktok, and his goal is to combat stigma around the virus.

Scientists report that the recent outbreak appears to be related to two raves held recently in Spain and Belgium and attended primarily by gay men.

"It's important to remember that viruses don't know sexual orientation. Anybody can get a virus," said Jason Cianciotto, the vice president of communications and public policy at Gay Men's Health Crisis.

Cianciotto says more public education around monkeypox will help everyone take precautions, especially those outside the gay community.

"Anybody can get monkeypox via skin-to skin contact," Cianciotto said.

A monkeypox vaccine is available, but it's hard to find.

"I get reached out all day, every day about, 'hey, do you know where I can get the vaccination?' And they are just not available for everyone," Thomas said.

On Friday, the Biden administration announced plans to make an additional 130,000 vaccine doses available immediately. An additional supply is coming in 2023. But in earlier distribution waves, websites have crashed as people rush to sign up.

"If the outbreak is not contained, the virus can become what is known as endemic. Meaning that it becomes just a part of life like the flu, or like COVID, that everybody has to deal with and be screened for," Cianciotto said.

"We are not the only ones that are at risk for this infection," Thomas said.