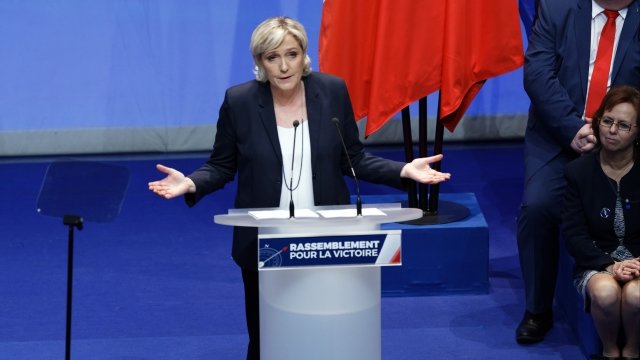 France's far-right leader Marine Le Pen has proposed a name change for her National Front party in an effort to revitalize the group. Le Pen wants to rename it "National Rally."

Le Pen was defeated by President Emmanuel Macron, and her party only won eight seats during the 2017 election. National Front has lost voters since then, and there seems to be a growing split within the party.

Le Pen is hoping the name change will make her party more palatable to voters and to other political parties. She thinks the name "National Front" is a "psychological barrier" because it's too widely associated with the group's openly racist and anti-Semitic past.