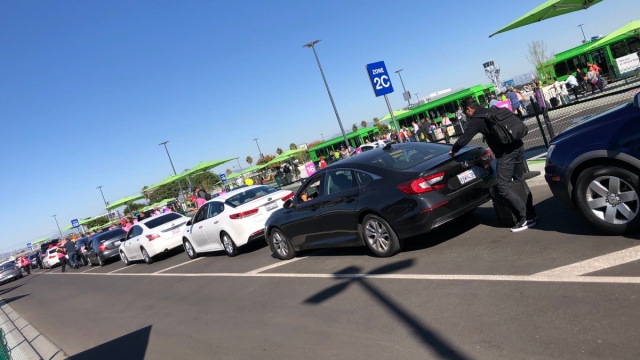 Travelers used to be able to walk out of LAX and have an Uber, Lyft or taxi pick them up just outside their terminal. But under a new system, people have to walk or take a shuttle to a new pick-up spot. Travelers can still be dropped off at their terminal.

LAX implemented the new system, LAX-it, to reduce traffic while its "Automated People Mover" train is under construction. But the system has created confusion and long wait times for rides.

To put things into perspective: LAX is the fourth-busiest airport in the world and the second-busiest in the U.S., according to Los Angeles World Airports. Last year, 78.5 million passengers used LAX.

LAX apologized on its Twitter page last week to those who have "experienced an unacceptable level of service."

According to the Los Angeles Times, Uber said it's "working with LAX to resolve some of the early issues for riders who saw increased wait times during the first Sunday." Sunday nights are typically very busy for the airport.

LAX will use the new pickup system until it finishes building its train, which is scheduled to open in 2023.