Lawmakers Spar During Hearing On Attacks On Asian Americans 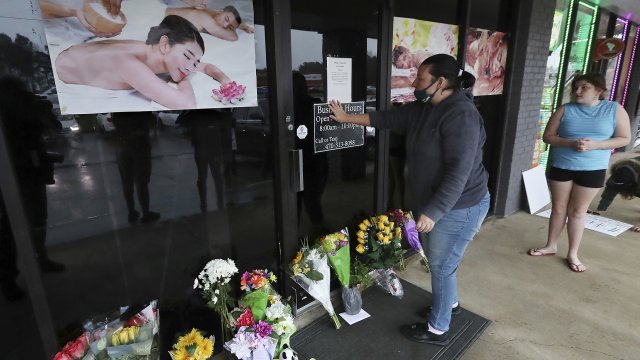 The shootings in Atlanta -- and the motivation behind them -- are still under investigation.

But it comes as crimes and attacks on Asian-Americans have surged over the last year.

And appeared to make comments that promoted lynching.

“We believe in justice, there's an old saying that find all the rope in Texas and get a taller tree." said  Rep. Chip Roy "We take justice very seriously, we ought to do that, round up the bad guys, that's what we believe. My concern about this hearing is that it seems to want to venture into the policing of rhetoric in a free society, free speech. And away from the rule of law and taking out bad guys”

“I want to go back to something Mr. Roy said earlier, your president, and your party and your colleagues can talk about issues with any other country that you want." said Rep. Grace Meng "But you don't have to do it by putting a bull's-eye on Asian Americans across this country, on our grandparents, on our kids, this hearing was to address the pain of our community and we will not let you take our voice away from us.”