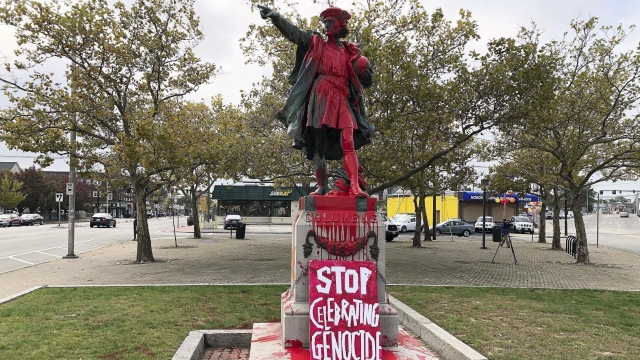 Johnson and Lankford, both Republicans, made the suggestion in an amendment to Texas Sen. John Cornyn's legislation that calls for Juneteenth to be a new federal holiday.

Several businesses recognized Juneteenth as a company holiday this year amid national protests demanding racial equality. Some of those protests have led to statues, like those of Christopher Columbus, being destroyed. Critics say Columbus shouldn't be celebrated because he helped violently conquer and enslave indigenous people in the Americas.

Meanwhile, Juneteenth is a tradition in the Black community that commemorates the end of slavery. On June 19, 1865, news of the Emancipation Proclamation, which was signed in 1863, finally reached Texas and freed slaves there.

Lankford referred to Juneteenth as "America's second independence day ... that redefined the meaning of freedom and equality in America." He said Americans should celebrate it "on the federal level while remaining cognizant of the impact the existing 10 federal holidays have on federal services and local businesses."

Johnson said replacing, instead of just adding one federal holiday would prevent any additional debt. He also said he and Lankford chose to cut Columbus Day because it is "lightly celebrated, and least disruptive to Americans' schedules."