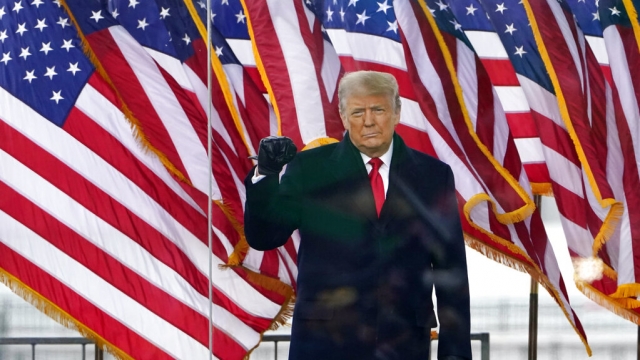 Democratic lawmakers have demanded President Trump be removed from office.

"I believe the President is dangerous, and should not hold office one day longer," said Senate Minority Leader Chuck Schumer. "The Vice President can invoke the 25th Amendment today, and if the Cabinet votes, he's gone."

"If the Vice President and the Cabinet do not act, the Congress may be prepared to move forward with impeachment," said Speaker of the House Nancy Pelosi. "That is the overwhelming sentiment of my caucus."

Calls to remove President Trump from office grew stronger today. Top Democrats pleaded with Vice President Mike Pence to finish out the last 13 days of their term. But the move is risky considering the siege following President Trump's loss. They say no, actually, this could just stoke more anger. And some lawmakers like Senator Lindsey Graham — they're not even sure it's worth it this close to the end.

"And I'm telling you as a Republican I don't support an effort to invoke the 25th Amendment now," said Senator Graham. "if something else happens, all options would be on the table. But I hear from Schumer and Pelosi just political talk."