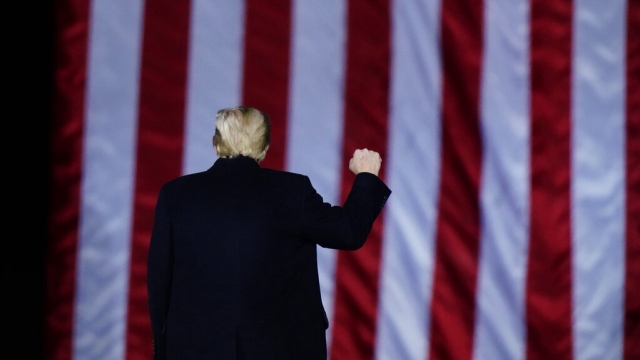 The aftermath of Wednesday’s events at the U.S. Capitol resulted in a lot of finger-pointing, many, placing the blame at the feet of the president.

Violence at the capitol quickly leading to accusations.

“This mob was inspired by a president who could not accept defeat,” said Illinois Senator Dick Durbin

The NAACP, governors, and prominent trade groups, all calling for the president’s removal either through impeachment or invoking the 25th amendment. That includes the Senate Minority Leader and a member of the president’s own party.

Neither process is easy. Let’s start with the 25th Amendment. The vice president would need to invoke the amendment, believing the President is unable to discharge the powers and duties of his office. If a majority of the cabinet agrees, the president is out. But an appeal from the president would ultimately put the decision in the hands of Congress which must approve the removal by two-thirds majority in both houses.

“25th amendment was designed to address incapacity with the basic paradigm example being a medical or physical inability to carry out the duties of the office,” explained Georgetown University Law Professor Heidi Li Feldman.

However, the term “unable to discharge duties”...has been up for debate.

The impeachment process could also remove the president but carries different long-term consequences than the 25th Amendment.

“That does not carry with it the condemnation of impeachment, and conviction. It does not disqualify Trump from future offices. It does not reflect any official opinion that he's engaged in sedition,” said Feldman.

Now both processes could take place at the same time, nothing prevents that however, some say a removal of any kind could spark further violence.  Amber Strong, Newsy, Northern, Virginia.