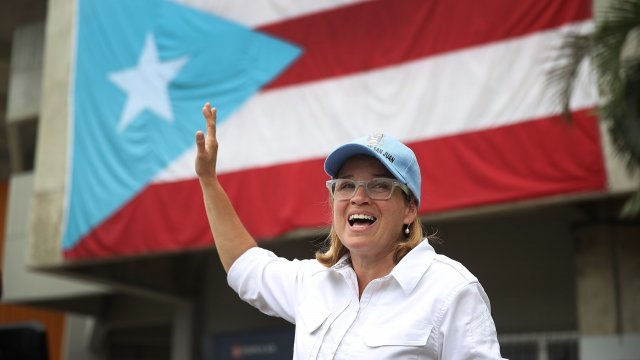 Lawmakers on both sides of the aisle are trying to make Puerto Rico the 51st state of America.

The bipartisan Puerto Rico Admission Act of 2018 was introduced to the House on Monday. It proposes the island become a state by 2021.

Supporters of the bill cite the need for equality. Democratic Rep. Stephanie Murphy said, "The hard truth is that Puerto Rico's lack of political power allows Washington to treat Puerto Rico like an afterthought, as the federal government's inadequate preparation for and response to Hurricane Maria made crystal clear."

Puerto Rico struggled to consistently provide a steady flow of power, food and clean water to its residents following the storm. Puerto Rico is an American territory, and many have criticized the Trump administration's response to its issues.

Puerto Ricans currently don't have the power to vote for the president or members of Congress. Most don't pay federal income taxes, but they are required to pay other types of federal taxes to the U.S.

Puerto Rico is also over $70 billion in debt. It filed a form of bankruptcy last year, but its bankruptcy options were limited because it isn't a state. Statehood could mean more bankruptcy protections in the future and more access to federal funds.

At least 20 Republicans and 14 Democrats have signed on to co-sponsor the bill.