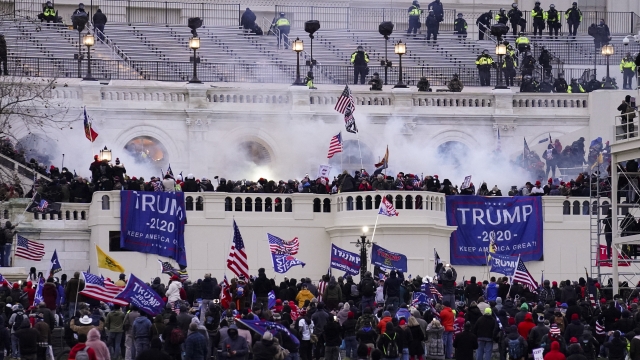 SMS
Lawmakers Approve Commission To Investigate Capitol Insurrection
By Simon Kaufman
By Simon Kaufman
May 14, 2021
The commission would be composed of five lawmakers from each party. They would have the power to issue subpoenas to gather key information.
SHOW TRANSCRIPT

Committee members in the House have approved a plan to form a commission to take a closer look at the January 6 insurrection.

Not only will it investigate the siege, but it will also look at ways to prevent future breaches at the Capitol.

It's similar to the 9/11 commission. It will have 10 commissioners, with five from each party, and it will have the power to issue subpoenas to gather key information.

The commissioners must produce a report by the end of the year.

The bill to create the commission is now expected to head to the House floor for a vote.