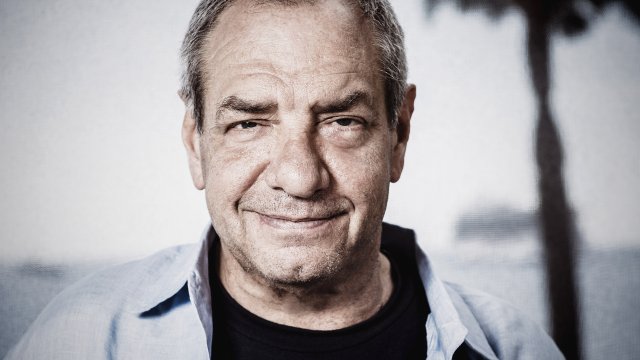 SMS
The Creator Of 'Law & Order' Isn't Leaving Broadcast TV Anytime Soon
By Casey Mendoza
By Casey Mendoza
October 9, 2019
"It's not a way away from broadcast. It's a support of what I hope will be broadcast for another 10 or 15 years."
SHOW TRANSCRIPT

The prolific producer is best known for creating the long-running "Law & Order" franchise, as well as "Chicago Fire," "Chicago Med" and "Chicago P.D." This year, with 21 seasons, the spinoff "Law & Order: Special Victims Unit" became the longest-running prime-time live-action series in the U.S. — but even that is just a fraction of his work.

In total, Wolf's content catalog comprises more than 100 seasons of television in less than 30 years.

"You're just kind of in awe of it, frankly. Because there are so few producers who have accomplished what he has."

Just as the television industry is evolving to focus more on streaming, Wolf's company — now called Wolf Entertainment — is also looking to digital efforts to enhance its brand. Those efforts are led by Elliot Wolf, Dick Wolf's son and senior vice president at the company.

"He took over like, 'Hey, we got to bring this into the, you know, modern millennium. Let's go have a digital presence.' And so he's always coming down to my office and just like, 'Hey, what if we got, you know, two characters from your show to do XYZ?' I'm like, whatever you want."

Along with those efforts, some outlets are reporting rumors of the vast Wolf library finding a home on streaming. The Hollywood Reporter says it's "sure to be one of the most complex and richest library deals ever," and an NBCUniversal executive told the outlet, "We'd love for him to be a part of Peacock." Whether or not an exclusive streaming deal happens in the near future, Wolf told Newsy his company's digital plans won't change his decadeslong home on broadcast television.

"Well, it's not a way away from broadcast. It's a support of what I hope will be broadcast for another 10 or 15 years. [Broadcast's] not going away tomorrow, but what we're trying to do is energize the base more."

"Law & Order: SVU" is currently the only Wolf property available to stream in its entirety via Hulu.

The original "Law & Order" notably left Netflix in 2014 — likely because of the cost of licensing such a sizable program — while the ongoing "Chicago" series are only available online for a few weeks after they air on television.

"I'm champing at the bit to get 'Chicago Fire' on a streaming service, because we only get five episodes that follow the show. ... You can pay for it on iTunes or get the DVDs, otherwise you can't just go on Netflix and watch — which I'm jealous of all my friends who have those opportunities."