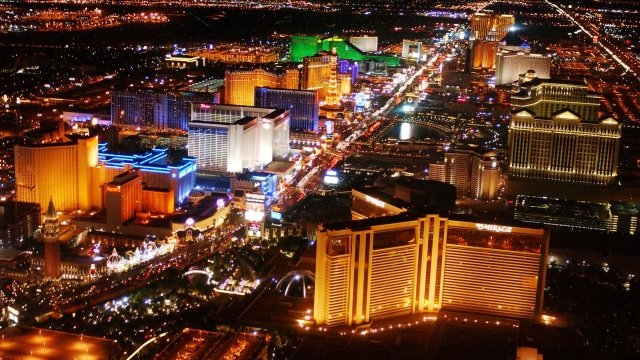 SMS
Las Vegas Workers Could Strike For The First Time In 3 Decades
By Briana Koeneman
By Briana Koeneman
May 23, 2018
Members of the Culinary Workers Union voted to authorize a citywide strike unless they reach a contract deal with their employers by June 1.
SHOW TRANSCRIPT

Thousands of hotel and casino workers in Las Vegas could walk off the job for the first time in more than three decades.

On Tuesday, about 25,000 members of the Culinary Workers Union voted to authorize a citywide strike unless they reach a contract deal with their employers by June 1.

The union says about 50,000 hospitality workers employed at casino resorts on the Las Vegas Strip and in downtown Las Vegas are preparing to walk off the job.

Those workers include bartenders, housekeepers, food and cocktail servers and cooks — about half the hospitality worker population in the city, according to a union spokesperson.

And day-to-day operations at properties like Caesars Palace, Mandalay Bay, MGM Grand and the Stratosphere Casino could take a big hit.

The last time Culinary Workers Union employees went on strike was in 1984, and it cost the city millions of dollars.