Ask The Experts: What's Left When There's No Good Food To Eat? 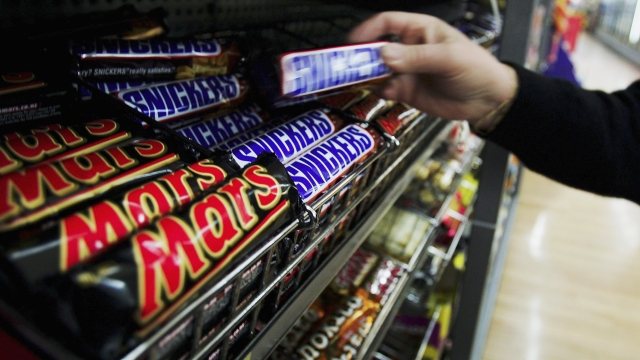 "Food swamp" is a term for communities that aren't just lacking access to good food, they're swamped with bad food choices.

The concept is as basic and important as the elementary school classrooms where it's taught: Nutritious food is fundamental to a healthy life.

"Processed food's great for a lot of reasons," says University of Missouri associate professor Mary Hendrickson. "It's storable, it's relatively cheap, you don't need cooking equipment to change it into something you can actually eat fairly quickly. But a lot of processed food is stripped of its whole grains. It's got a lot of salt and sugar in it."

In this "Ask The Experts," Hendrickson notes that's a formula for community-wide increased risks of weight gain and other metabolic issues like diabetes.

Some organizations like The Food Trust in Philadelphia have mobilized to put healthier foods in convenience stores for neighborhoods that don't have easy access to grocery stores.

"If you're used to stocking processed foods and you bring in vegetables, some of those vegetables are going to go bad," says Hendrickson. "Then also, people are like, 'What are you doing bringing in vegetables? I don't come to convenience stores for vegetables.' There's all kinds of learning curves on the part of both the business owner and the consumer in those situations."

Food swamps are one of the latest variations of the term "food desert," a term some consider controversial for its limited ability to identify at-risk communities. A 2017 study found food swamps are better predictors of obesity rates than food deserts.