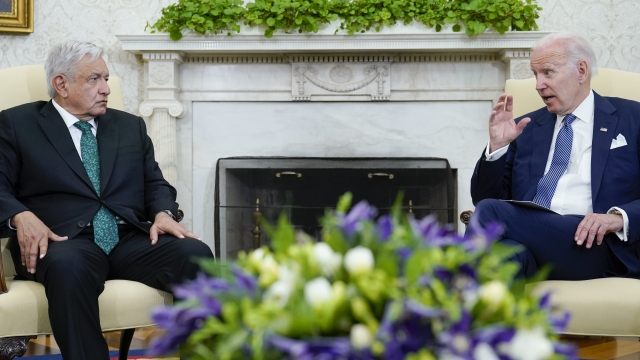 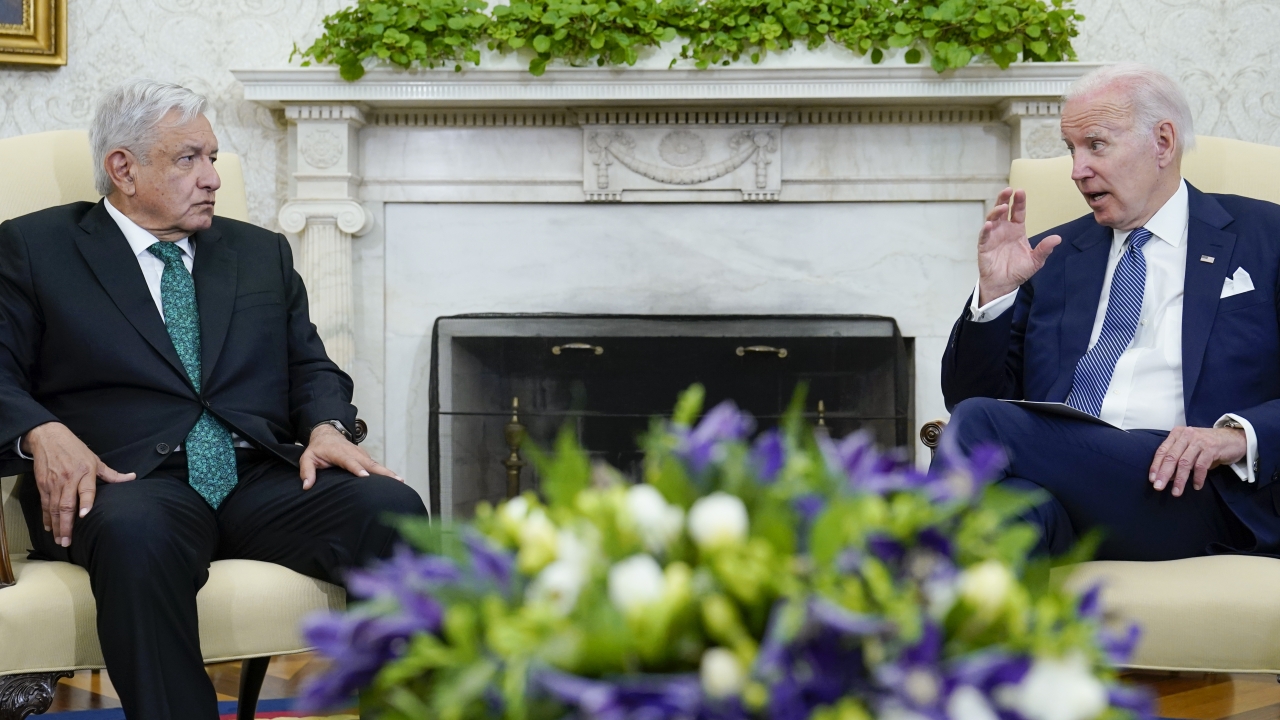 Mexican President Andres Manuel López Obrador used a visit to the White House on Tuesday to call for rejecting the “status quo” on the border, but also praised a relationship with the U.S. that both he and President Joe Biden insisted remained strong despite a series of high-profile policy disagreements.

In lengthy comments at the start of meetings with President Biden, López Obrador touched on the New Deal politics of Franklin Delano Roosevelt and chided conservatives. He also vowed that the U.S. and Mexico “should close ranks to help each other” amid spiking inflation and border challenges brutally underscored by 53 migrants who died last month after being abandoned in a sweltering tractor-trailer on a remote back road in San Antonio.

Though in the past he's not shied away from U.S. criticism, López Obrador struck a positive tone with President Biden while heaping praise on Vice President Kamala Harris.

President Biden was equally conciliatory, saying, “I see, we see Mexico as an equal partner" and shrugging off differences of opinion on policy with López Obrador, “You and I have a strong and productive relationship and I would argue a partnership.”

That was a departure from last month, when López Obrador declined President Biden’s invitation to the Summit of the Americas in Los Angeles after unsuccessfully urging the U.S. to include the leaders of Cuba, Nicaragua and Venezuela — all countries with anti-democratic regimes.

The Mexican leader also has called U.S. support for Ukraine in its war with Russia “a crass error” and criticized the U.S. for moving more swiftly to provide military funding to Ukraine than financial aid to Central America.

Speaking of the migrant deaths in Texas — which included people from Mexico and Central America — President Biden said "we know we have to meet these challenges together.” He said the U.S. and Mexico agree on the need to increase opportunities for legal migration, especially since more workers can help alleviate U.S. labor shortages and potentially help calm rising prices.

“This is a proven strategy that fuels economic growth as well as reduces irregular migration,” President Biden said.

Immigration has been a political flashpoint for President Biden as top Republicans have pointed to a rising number of people from Mexico and Central America crossing the southern U.S. border illegally while slamming the administration and top Democrats for not doing more to slow it. López Obrador acknowledged those criticisms, but said the situation at the border will require solutions, not just politics.

“The way out is not through conservatism. The way out it through transformation," he said. “Transform, not maintain the status quo.”

The discussions come just before President Biden leaves for Israel, the West Bank and Saudi Arabia.

President Biden said that a “major anti smuggling operation” against fentanyl traffickers has been underway since April and had led to more than 3,000 arrests.

Despite broad agreement on attempting to increase legal migration, the Biden administration has been less clear about how much it'll urge Mexico to stop people heading through its territory to then cross into the U.S. illegally. That was a key demand of President Biden's predecessor, President Donald Trump.

Vice President Kamala Harris, who has been tasked with exploring the root causes of immigration across Latin America, also hosted López Obrador for a Tuesday breakfast that featured mutual kind words. Speaking with Mexico's president outside the Naval Observatory, which is the vice president's residence, Harris referenced her past visits to his country.

“The time that I spent with you in Mexico was so special to me,” she said, noting the “friendship that has been so important to both nations.”

“She is our friend," López Obrador said. "But also a woman with principles. An intelligent woman. Honest. She is a partisan of equality. So I congratulate the American people because they have a first order vice president. ... We have always been speaking for the benefit of our peoples and both of our nations. Today we are going to do exactly the same thing.”

Also as part of the day's activities, first lady Jill Biden was taking her Mexican counterpart, Gutiérrez Müller, on a Library of Congress tour.

Such positivity aside, some potentially thorny issues still loom. López Obrador has criticized the U.S. for being more forthcoming with military aid to Ukraine than social assistance to Central America. He's also been more vocal about attempting to tamp down inflation than curb climate change or promote energy efficiency.

U.S. officials want López Obrador to retreat on his reliance on fossil fuels and his efforts to prioritize his country's state-owned electricity utility at the expense of foreign-built plants powered by natural gas and renewable energy, another topic that could come up.

Mexico's president also has decried U.S. efforts to extradite Wikileaks founder Julian Assange from the U.K. for prosecution — and vowed before Tuesday's meetings began that he would bring it up. Biden administration officials said no topic was off the table and promised President Biden would be ready.