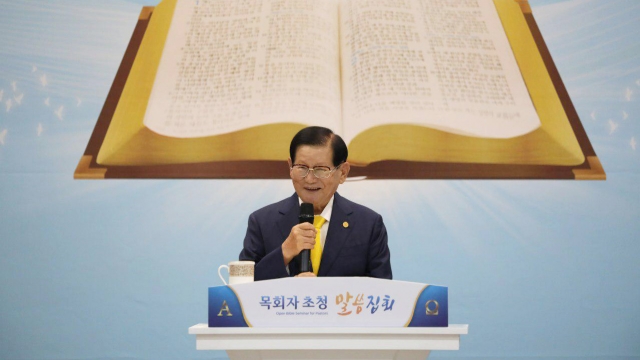 A South Korean church leader is facing a murder investigation for the church's alleged role in the coronavirus' spread in the country.

The city of Seoul filed a criminal complaint on Sunday against leaders of the Shincheonji Church, including its founder, Lee Man-hee. Charges include murder, injury and violating the country's Infectious Diseases Control and Prevention Act.

The city's mayor accused the group of impeding efforts to track the outbreak by not submitting a full list of the church's members to the government. There were more than 4,000 confirmed coronavirus cases in South Korea as of Monday, and more than half were connected to members of the church. Twenty-two people have died so far, and Seoul's mayor says those deaths could've been avoided if the church had cooperated with health officials sooner.

During a news conference on Monday, Lee apologized for the church's role in spreading the coronavirus and promised "to actively cooperate with the government and submit the entire list of [its] members."

Seoul has also provided more than $1 million to disinfect religious facilities in the city.