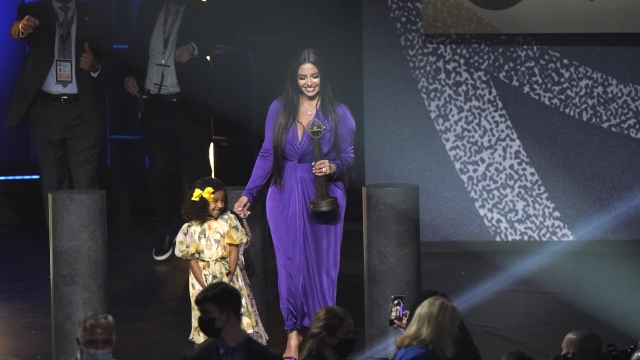 He, along with Tim Duncan, Kevin Garnett and other greats were inducted more than a year after being announced as the Hall's Class of 2020.

Bryant's widow, Vanessa, said she wishes her husband was here to accept the incredible award.

"There will never be anyone like Kobe. Kobe was one of a kind. He was special. He was humble — off the court — but bigger than life," Bryant said. "If my husband was here tonight, he would have a long list of people to thank that helped inspire him and equip him to be in the Hall of Fame ... To all those who helped him get here – you know who you are – and I thank you on his behalf."