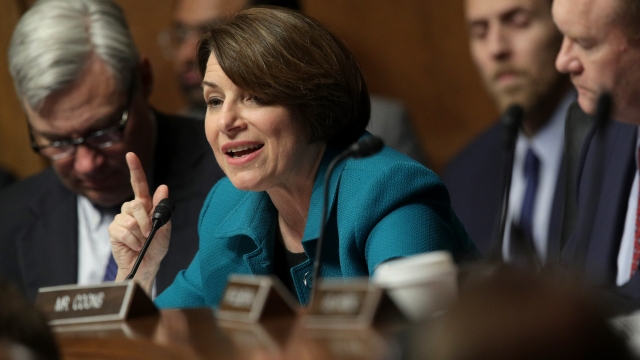 U.S. senator and Democratic presidential hopeful Amy Klobuchar released a $100 billion plan to combat substance abuse and prioritize mental health. And she said opioid manufacturers and importers would pay for it.

Klobuchar announced the plan Friday. It covers a lot of ground, with initiatives for prevention, treatment and recovery.

One part of the plan requires doctors to use a prescription drug monitoring program that prevents people from getting opioid prescriptions from more than one doctor at a time. She introduced that bill in February.

Another initiative expands access to treatment by increasing the number of beds in mental health facilities and expanding health care coverage for mental health and substance abuse.

As far as recovery: The proposal increases federal support for justice system alternatives that prioritize "treatment over jail for nonviolent offenders."

Klobuchar said funding from the plan could come from taxing opioid manufacturers and importers two cents per milligram of active ingredient in every pain pill, as well as from money from lawsuits against drug companies.

Klobuchar announced her presidential bid in February but hasn't gained much traction. She currently polls eighth in a crowded pool of Democratic candidates.