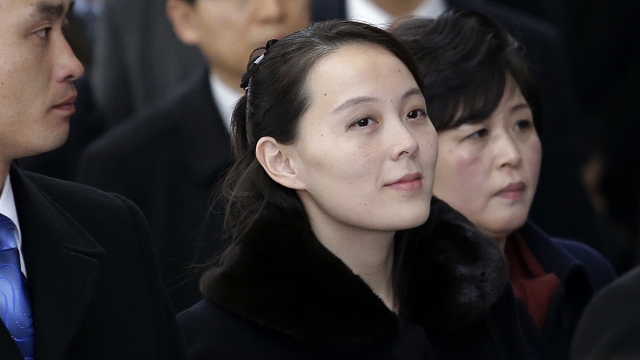 The sister of North Korean leader Kim Jong-un says the U.S. shouldn't be expecting talks between the countries anytime soon.

Kim Yo-jong said the U.S. would be greatly disappointed if U.S. officials believe they could engage with North Korea over nuclear talks.

She issued the statement after U.S. national security adviser Jake Sullivan called Kim Jong-un's recent statement that North Korea must be ready for both dialogue and confrontations "an interesting signal."

"What President Biden has communicated is that the United States is prepared to engage in principled negotiations with North Korea to deal with the challenge of North Korea's nuclear program toward the ultimate objective of the complete denuclearization of the Korean peninsula," Sullivan said. "We are awaiting a clearer signal from Pyongyang as to whether they are prepared to sit down at the table to begin working in that direction."

Yesterday, the top U.S. envoy for North Korean affairs said the U.S. is willing to meet North Korea anywhere and anytime without preconditions.

But he did say the Biden administration will continue to sanction North Korea over its nuclear and missile activity.