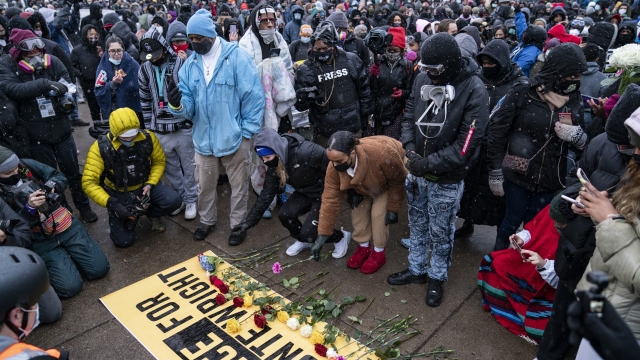 SMS
Kim Potter Expected To Appear in Court Thursday
By Eliana Moreno
By Eliana Moreno
April 15, 2021
She was taken into custody on Wednesday, but released on a $100,000 bond.
SHOW TRANSCRIPT

That carries a maximum of 10 years behind bars in Minnesota.

She was taken into custody yesterday, but released on a $100,000 bond.

Her home has been barricaded and police are standing guard outside.

The police chief said Potter, a 26-year veteran of the force, accidentally killed Daunte Wright, shooting her gun when she meant to use her Taser.

Despite the charges against Potter, we saw another night of protests in Brooklyn Center, demanding justice for Wright.

Mayor Mike Elliott says he understands the expressions of frustration.

"Our task as a city and as a leadership is to allow for the expression of those very legitimate voices, and to also create a pathway forward toward healing and renewal of our stability and strength as a community," he said.