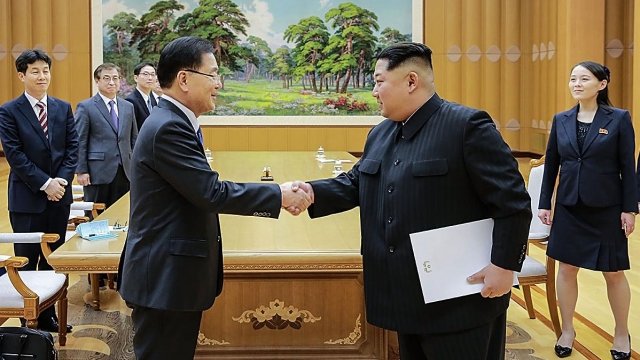 In a sit-down with a South Korean delegation, North Korea's leader Kim Jong-un reportedly said he wishes to "write a new history of national reunification."

As Newsy previously reported, the meeting was unprecedented. It was the first time Kim met officials from the South in person since taking control of the country in 2011.

The South Korean envoys were sent by President Moon Jae-in to visit the North in an attempt to decrease tension in the region and foster future talks between North Korea and the United States.

The two sides reportedly reached a "satisfactory agreement" to hold talks again in the future. The South Korean delegation next travels to the U.S. to discuss the meeting with American officials.