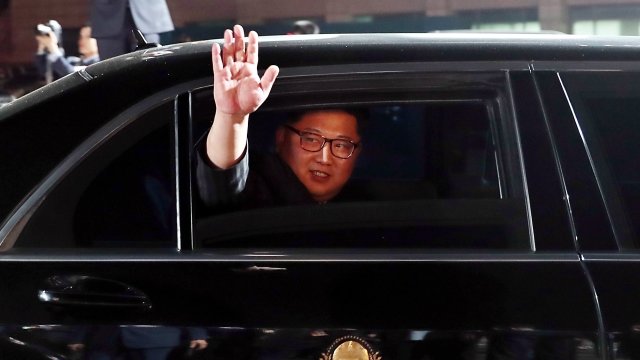 North Korea's Central News Agency said Kim left by train Monday local time and will be in China through Thursday. This marks Kim's fourth summit with Xi, and news outlets are speculating it could be a precursor to a second meeting between Kim and President Donald Trump. Kim visited Xi three times last year before and after meeting with Trump in Singapore last June.

Although things seemed promising shortly after the last U.S.-North Korea summit meeting, talks have stalled. In a New Year’s Day speech, Kim said he'd be willing to meet with Trump again but stressed that the U.S. would have to ease sanctions on Pyongyang before any diplomatic progress could be made.Trump told reporters Sunday that plans for a second meeting were underway. He added that although there's "very good dialogue" between the U.S. and North Korea, sanctions are still "in full force and effect."