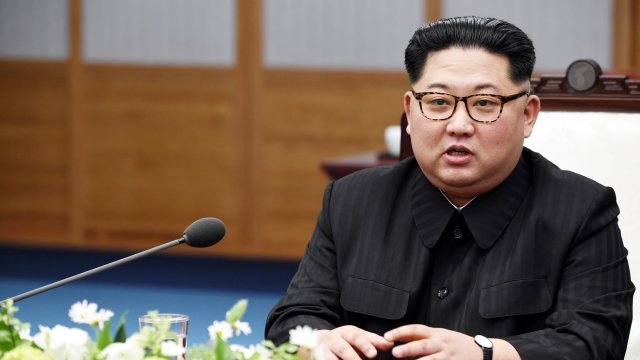 By Katie Cammarata
October 9, 2018
The invitation is supposed to be offered by the South Korean president next week when he visits the Vatican.
SHOW TRANSCRIPT

North Korean leader Kim Jong Un is planning to invite Pope Francis for a visit to his country.

South Korean President Moon Jae-in is expected to pass along the invitation next week when he visits the Vatican as part of a Europe tour. Moon is a Roman Catholic.

Kim and Moon discussed the invitation when they met last month in Pyongyang. Kim reportedly told Moon "if the pope visits Pyongyang, we will give him a rousing welcome."

North Korea's constitution promises freedom of religion as long as it doesn't threaten the State. Still, the country is considered one of the worst suppressors of religious freedom in the world. The U.S. Commission on International Religious Freedom said in its 2018 report that freedom of "religion or belief does not exist in North Korea."

If the pope does decide to make a trip to North Korea, he'd be the first pontiff ever to do so.