With US Talks Frozen, Kim Jong Un Reaches Out To Russia 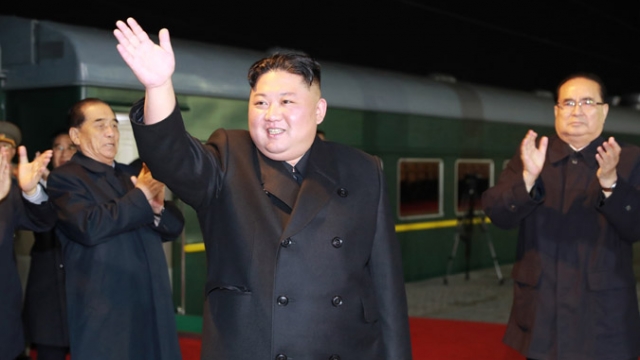 SMS
With US Talks Frozen, Kim Jong Un Reaches Out To Russia
By Matt Picht
By Matt Picht
April 25, 2019
The summit between Kim Jong Un and Vladimir Putin didn't produce much of substance, but gave both leaders a chance to send a message.
SHOW TRANSCRIPT

Kim's outreach to Moscow comes after his nuclear negotiations with President Trump stalled in Vietnam. The failure of that summit may have bit into Kim's image back home as an international power player, but a chummy meeting with Putin could help restore that.

Meeting with Putin also lets Kim send a signal around the world that North Korea isn't completely isolated, and that engaging with the U.S. doesn't have to be Kim's only way out of punishing international sanctions.

For Putin, a meeting with Kim reasserts Russia's role in the region. The two countries have historically been allies, but Russia didn't have much influence over the recent nuclear negotiations: Putin may be looking to change that.

The two leaders shared similar assessments of how to achieve North Korean denuclearization: gradually, with reciprocal steps from the U.S. But Putin stopped short of offering Kim any concrete relief for his country's struggling economy.