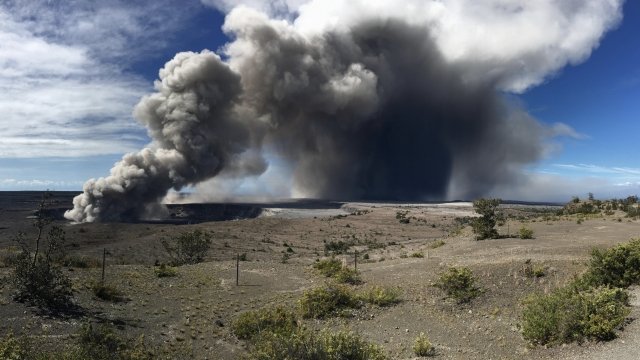 Another explosive eruption at the summit of Hawaii's Kilauea volcano could blanket parts of the Big Island in ash.

On Friday, the volcano and its fissures spewed lava up to 200 feet in the air and ejected lava bombs — or chunks of molten rock the size of refrigerators.

The same day, four people had to be evacuated via helicopter as lava flows threatened about 40 homes.

Twenty-two fissures have opened up on the Big Island since May 3, and lava has covered at least 325 acres and 41 structures.