The Results Of Kenya's Presidential Election Have Been Voided 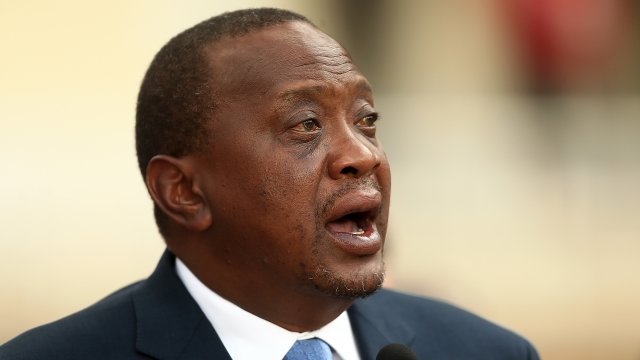 SMS
The Results Of Kenya's Presidential Election Have Been Voided
By Briana Koeneman
By Briana Koeneman
September 1, 2017
President Uhuru Kenyatta won a second term in office in the August election, but the Supreme Court of Kenya says that election is invalid.
SHOW TRANSCRIPT

The results of Kenya's recent presidential election that gave President Uhuru Kenyatta another term in office have been voided.

Incumbent Kenyatta ran against top opponent Raila Odinga in the August election. Kenyatta won, receiving about 1 million more votes than his opponent. But Odinga asked that the court throw out the results, claiming the election had been tampered with.

According to local media, the country's Supreme Court ruled Friday that last month's vote was "not conducted in accordance with the Constitution and the applicable law."

And the justices ordered a fresh vote be held within 60 days.

After the August vote, violence erupted in some areas as Odinga's supporters protested his loss. Multiple people reportedly died in the clashes.

This is the first time a Kenyan presidential vote has been overturned.