Kellyanne Conway 'Didn't See The Point' Of The Women's March 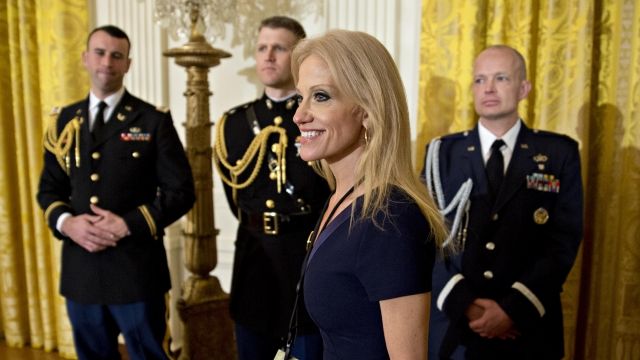 SMS
Kellyanne Conway 'Didn't See The Point' Of The Women's March
By Katherine Biek
By Katherine Biek
January 23, 2017
She said on ABC's "This Week" that people could have opted for "a dialogue," rather than "a diatribe."
SHOW TRANSCRIPT

At least half a million people packed the streets around the Capitol in Washington, D.C., for the Women's March on Saturday.

One person not in attendance? Counselor to the president Kellyanne Conway.

"I frankly didn't see the point. ... You have folks being here on a diatribe where I think they could have requested a dialogue," Conway said on ABC's "This Week."

Along with the march in D.C., millions of people around the world joined together in solidarity to promote women's rights.

Conway also called out Madonna, who gave a fiery profanity-laced speech at the D.C. march, saying she'd "thought about blowing up the White House." 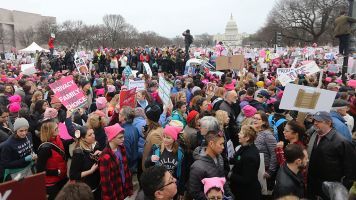 A Look At Some Of The Women's Marches Around The Globe

The singer later clarified that statement on Instagram, writing, "I spoke in metaphor and I shared two ways of looking at things — one was to be hopeful, and one was to feel anger and outrage, which I have personally felt."

On Sunday, President Donald Trump questioned why the people at the march hadn't voted in the November election.

He later appeared to have a change of heart about the protest, tweeting, "Even if I don't always agree, I recognize the rights of people to express their views."

"Their candidate, Hillary Clinton, lost. Twenty-nine to 30 million women voted for Donald Trump. Their voices are heard, as well. They should be respected," Conway told ABC.