Kanye-Themed Adidas Stores Are Coming To A City Near You 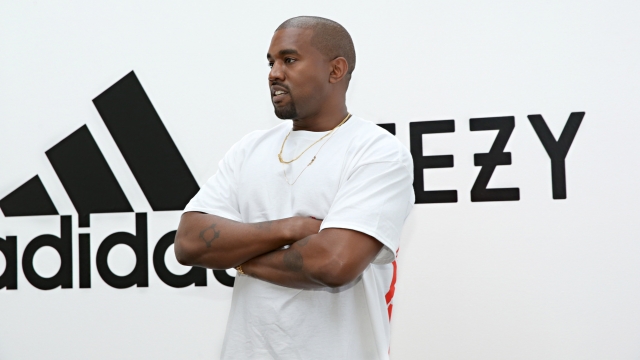 SMS
Kanye-Themed Adidas Stores Are Coming To A City Near You
By Matt Moreno
By Matt Moreno
June 29, 2016
Kanye West and Adidas have reportedly agreed to a long-term deal that will open the door to Kanye-themed retail stores.
SHOW TRANSCRIPT

Kanye reportedly just signed a long-term deal with Adidas. The rapper and sportswear company have already been partners, but Wednesday's reported deal looks to expand that.

And Kanye-themed retail stores are a big part of that deal. The Wall Street Journal reports locations and opening dates are still up in the air and that the Adidas + Kanye West line will be "its own business unit."

The extended partnership means Yeezys could soon be crashing your next sporting event. West said he wants his kicks on the feet of NBA and NFL stars.

We're just not sure how that's going to work if athletes also take off their white Yeezys so they won't get dirty.

"We came to see construction at our house, and Kanye refuses to get his new, white 350s dirty in the dirt," Kim Kardashian said on Snapchat.

Still, brands are more and more willing to let entertainers into the sports apparel world.

"I'm the first actor/entertainer to get a cross-training shoe because that's what I do!" Kevin Hart announced on "The Tonight Show Starring Jimmy Fallon."

The Wall Street Journal reports the deal will be for more than just shoes and that the Kanye-centric products could be sold at existing partner stores, like Foot Locker, too.